Xbox One Versus Playstation 4 Features and More 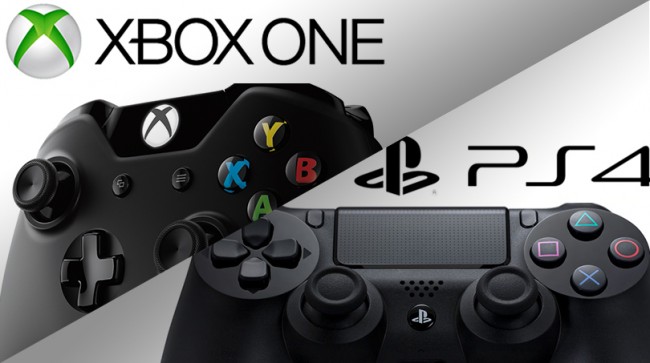 Gaming has evolved by leaps and bounds over the past few decades. From Atari, Nintendo and Dreamcast, gaming has revolutionized the fabric of entertainment. Dreary winter nights turned into a heated competition for two. From Pong to Resident Evil, the varieties of choice became addictive. Online console gaming is nothing new, especially for those of us who remember the historic Phantasy Star Online for Dreamcast. Playstation and Xbox have increased the awareness and prevalence of online players. With incredible features and more, the current generation is looking forward to the advances on the newest console releases later this year.

Remember the excitement and trepidation of the original Halo? Xbox continues to make revolutionary changes and this is reflected in the newest model. The design of the Xbox one reminds us what an old VCR looks like. The box is squarish and with its Blu-ray disc drive, it makes for a mighty machine. The HDMI is a winner across the board for Live TV. The price of the Xbox One is slated to remain a staggering $499, which is not unique for Xbox. Remember the auctions and lines for Xbox 360? Consumers were willing to dish out $650 or more. The bonus of the price? The Kinect camera comes with the purchase.

One area where the competition between Xbox and PS4 ends is the processor. Both boast the excellent connectivity of the x86 Octca-core CPU – and both used the same manufacturer, AMD. Nevertheless, the features are still somewhat different.

Xbox’s controller remains the same for the most part; it’s slightly scaled down from the mammoth size, and the D-Pad is tweaked to the bottom left. Feel the enhanced rumble!  Some games to be launched are pretty cool overall for the Xbox:

There is a cost for playing online and updates as part of the XBL (XBox Online Gaming.) Gold Membership will be $59.99 for 12 months. Cloud storage, movies and accounts will carryover to Xbox One. Arcade purchases will not carry over, so be aware of this. On-demand channels for the Xbox, like Netflix, will create a need for the Gold Membership, which also is not anything new.

This console has branded Final Fantasy for RPG (role-playing game) players and created a slew of fans with Metal Gear and Snake Plissken (it also became  a cult classic movie starring Kurt Russell.) The Playstation remains ever popular and has a loyal following.  The Ps4 is bringing a great amount of excitement for long-time gamers.

PS4 is slated to cost $399 with a split design and compact look. It is sleeker than the Xbox One. Of course with a more compact design, the noise of the fan may be louder than its predecessor and there are concerns of overheating due to the powerful GPU. It will have a stunning 8GB memory and rumors are flying that Playstation worked with Toshiba to bump up the specs and output graphics.

The good news? You know how when turning on the Playstation, you kind of felt like you were always waiting for the downloads and updates? You’d get a sandwich, suck down the rest of the OJ, come back and the load screen was still up? Sony states this will happen no more! Reportedly, as the updates are downloading, you can move immediately onward to gaming, which is a great update to the console.

PS4 is also working on a stand-by mode to avoid the long load to get back into the game after a potty break. It goes without saying the PS4 will be equipped with the accessibility to watch Blu-ray movies. Share Play has also received a bump in features: having a hard time figuring out a certain part of the game? If your bud is like “Dudette, transfer control over to me and I’ll do it,” now you can, and before you know it, your friend takes over to clear you past the stage.

Have a Sony Vita? You can sync it to your PS4 which is a novel way to stream movies from your PS4 to your Vita. The controller is also a lot nicer; while overall there wasn’t a big change, the front and center touchpad is a nice feature and allows for easier gripping. The Dualshock 4 is also pretty remarkable, so leaving it on the table to watch it jump and dance will be far more interesting now.

Unlike the Kinect One inclusive with the Xbox One, the PS Eye will not be included in the purchase of the PS4 and will require a separate purchase. The launch games for the PS4 are a bit more exciting than Xbox’s:

Like Xbox, the PS4 will need the PlayStation Plus account, but the features do differ. The cost is only required if gamers want to game online. Online channels like Netflix still remain free for PS users which is pretty cool. The membership runs $50 every 12 months. Any current membership will continue to carry over for the PS4.

The biggest differences come from the smallest changes. Enhanced graphics, streamlined controllers and a larger array of features, both online and offline, make both of these devices a sure win. Nothing will move fans from their committed consoles. Both have amazing features which results in the Xbox One versus Playstation 4 being a pure draw. Between the features and so much more, we can imagine the reported release dates of “fall/winter 2013” will result in camping out overnight for the release.

6 Responses to "Xbox One Versus Playstation 4 Features and More"