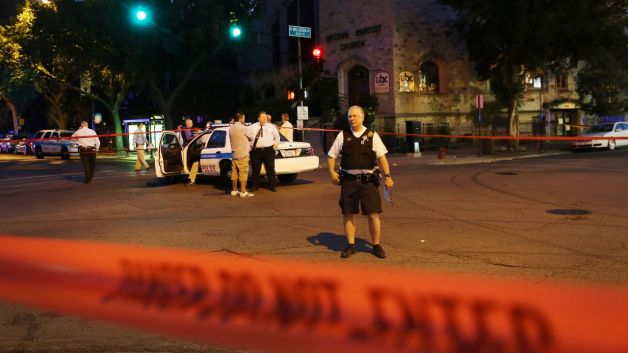 According to NBC News, at least 11 people were shot, and five mortally wounded, during a wave of shootings in Chicago last night.

The violence came in the wake of a previous shooting, in Chicago Park, where 13 individuals were injured by gunfire. Remarkably, on this occasion, there was no loss of life. The victims included two females and 10 males, as well as a young 3-year-old child, who had been shot in the jaw.

According to Garry McCarthy, Chicago’s police superintendent, a weapon akin to a assault rifle was implemented during the attack and, based upon witness accounts, appeared to be gang-related. In addition, several of the victims are also alleged to be members of various gangs.

The latest shooting took place early Saturday morning, in South Lowe Avenue. The violence concluded when a 51-year-old male was shot in the abdomen. He was subsequently transported to a local hospital, where he remains in critical condition.

The latest fatality, however, occurred at around 4 a.m., Saturday, in East Chestnut Street of Chicago’s Gold Coast. It was reported that the shooting was provoked over an altercation involving a parking space.

Crime remains a contentious issue in Chicago, with over 500 murders taking place in 2012 alone. Despite considerable opposition, and sky-rocketing crime figures, Chicago has relaxed some of its gun laws.

Meanwhile, President Barack Obama’s attempts to introduce more stringent gun control laws, in the aftermath of a shooting in Newtown, Connecticut, ultimately failed to gain approval from Congress after the National Rifle Association offered its opposition.