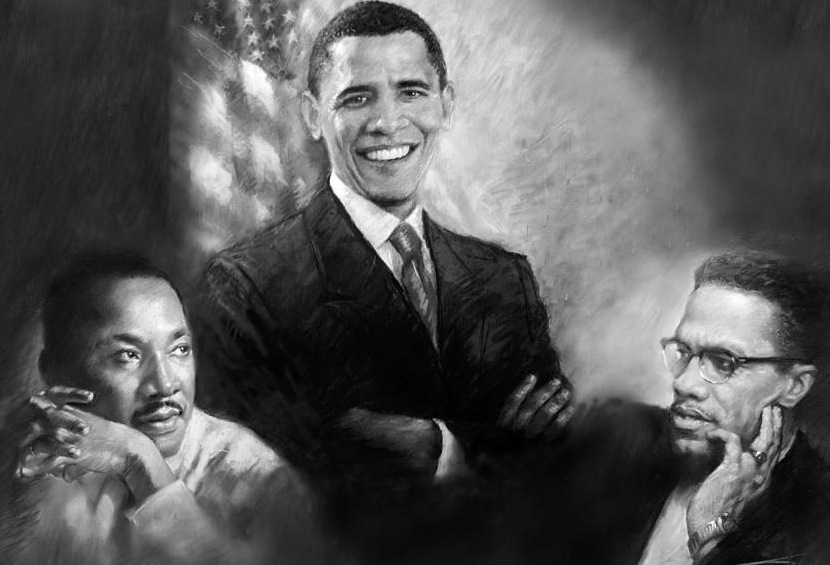 From slavery til today Blacks have had to deal with an unjust society and yes a few have fallen in to a life of crime due to this but don’t judge those few and say all Blacks are all bad, for other races have their share of criminals too. The same goes for Muslims, not all Muslims are terrorists. Just because a few murder doesn’t make all murderers. Just like not all Christians are hateful bigots, not all Muslims are terrorists.

The news tends to shine a negative light more on the black and Muslim communities than they do a positive. We have to watch what we allow the media to feed us, for some only continue the spreading of stereotypes.

Throughout history black males have been accused as the alleged suspect and in many cases falsely accused or put to death.

For instance, today in 2013 Black males are profiled and the worst is assumed. Trayvon Martin is not the first and sadly will not be the last due to some who believe in the stereotypes of the Black male.

Far too many innocent lives are being taken because someone took the law into their own hands because they supposedly felt threatened.

Yet an unarmed female school clerk in Georgia was able to talk down a potential mass murderer with an assault rifle but a stocky built 30-something year old, armed male couldn’t talk down or fight off an unarmed 17-year old.

There are many more cases like this where an innocent life is taken due to someone’s assumptions.

Black men have been falsely accused of crimes for years and more than their white counterparts. In the past and in some instances today it was the judges, jury and law enforcement officers who were represented by white racists and allowed it to happen. It’s a sad story in American history because many families have been broken up.

The black community has had many great leaders but when one rises (Malcolm X, Martin Luther King Jr, Huey P Newton) he is quickly seen as a threat by outsiders. When instead he or she should be seen as a leader for his community just trying to do some good.

The black panthers did just that, until J Edgar Hoover did some illegal acts to rid them out of the black community. They had served their community with free breakfast and fought against the racist police who unjustly beat and arrested blacks. They knew the law but the law continually changed to make what they were doing unjust instead of getting rid of the racist cops.

Still Blacks have picked themselves up even built whole communities (The Black Wallstreet) only to be destroyed by white racists.

So to say blacks are generally bad and criminals is just wrong. Blacks practically built this country to what it is today yet are discriminated against and looked at as inferior.

Even with our current president and in the year 2013, President Obama is faced with racist rhetoric ie: the take our country back signs, keep the Whitehouse white, the birther movement, and numerous other slogans that have been used against Mr. Obama.

It’s no coincidence that the south voted against Mr. Obama for there is a lot of “old thinking” in those states and President Obama is one of the few to beat the stereotype of what America thinks of black men. Sadly though, someone like Trayvon Martin was profiled and perceived as a thug by a wannabe cop.

Still, Trayvon isn’t the first to be profiled and sadly not the last. Many blacks have experienced being profiled and it’s not always what you wear. Some just have this sick twisted idea that blacks will steal so they follow closely behind in stores or police pull over a Black driver when they are driving a nice or brand new car.

Store associates will stay close and/or constantly ask questions so they have an excuse to follow. I myself have been victim of this and it irritated me so much I put what I was interested in down and walked out. On another occasion while in a designer store I was looking at watches and upon the store associates third approach I told her I would like to look at two watches which I also bought.

Still many think they know, and assume the worst when it comes to certain races. They know nothing of the Black race, or any race for that matter just some silly stereotype thought up by some racist of the past.

Stereotypes don’t make a race they only show the character of the one doing the judging. So hold your judgement and go take a Black studies class or two at a college then you’ll learn about the Willie lynch letter and how some whites have coordinated since slavery to keep blacks down and to have people believe that blacks are inferior when blacks are a very intelligent race.

Blacks as a whole need to stop fighting amongst themselves. For instance, this light skin vs dark skin battle needs to end. It’s insane that in 2013 Blacks continue this fight. It’s no different then in slavery days when the so-called house negro went against the so-called field negro.

Blacks need to learn to stick together and stop this infighting for it is only killing us.

On a another note, Blacks need to drop the N-word for good. Some say they use in a good way but there is no good way with such an ugly word. With a meaning that spells ignorance.

That word has a bad history and needs to be let go. There is no place in today’s society for that word. If we want to move on to better things in life we need to let somethings go. It’s not just blacks using this word but other races see it as ok to use too. The N-word needs to be forgotten for good for it represents a bad time in our nation’s history.

Out ancestors fought to not be called that and here we are saying it so freely along with black men showing off their underwear because of a prison fad.

Just look at the word saggin, if you spell it backwards it spells the N-word.

Dr King, Huey P Newton and Malcolm X all were great leaders. None were perfect but you didn’t see them hanging on the corner or calling each other the N-word yet they made a difference.

As a country, we have come a long way since Martin Luther King Jr’s speech on Washington. Now, 50 years later we still have some soul searching as a nation. However, we have made progress, we just have a lot more progression ahead. It’s going to take more than President Obama being elected but some new appointments to the Supreme Court and some fresh faces to Congress and the Senate. Time to get rid of the old ideas and let some fresh, young ideas run things in Washington. Time for the youth of all races to take some interest in politics and the world we live in. 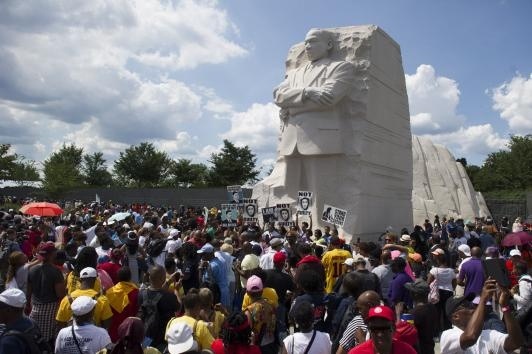 This isn’t the America of our parents and grandparents anymore but a new America that is both diverse and ever evolving.

The youth are the future and it’s time we take control of our education, watch the laws and politics of this great country for we will soon run things.