Addicted to the Internet? The Cure is Here [video] 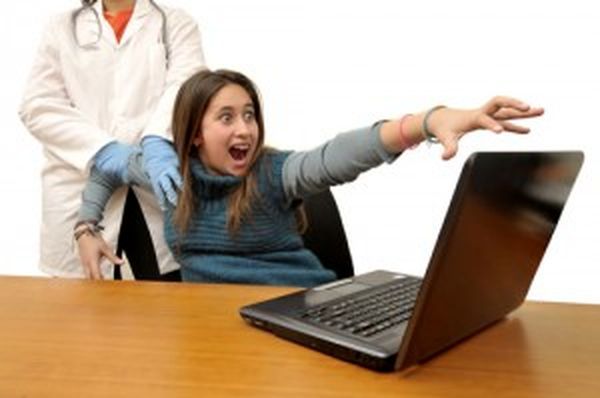 A hospital in Bradford, Pennsylvania is starting a digital detox program to treat people who are severe internet addicts. Bradford Regional Medical Center is a psychiatric facility that deals with behavior problems.

Beginning September 9, they plan to offer a program on the lines of those offered for drug and alcohol abuse. The program is voluntary and consists of 10 days. Initially the program will only accommodate four patients at one time. The sessions will include therapy in groups and will teach the patients how to avoid certain websites that are prone to addicts.

The digital detox clinic is not for people who obsessively utilize social media or spend more time than the average person on video games. It’s for people who are severe addicts; those who allow the internet to interrupt daily activities and can’t seem to get off of the internet for days at a time. Currently it is not covered by health insurance and costs $14,000.

Those that participate in this program will go through a detox portion before they receive a psychological evaluation. During this time they will have absolutely no access to the internet for three days; no phone, tablet or computer of any kind.

Dr. Kimberly Young is the founder of the digital detox program. She said that internet addition is more enticing than drugs or alcohol because in the U.S. it’s free.

Young said there is a grave difference between people spending a lot of time online and those suffering consequences because of overuse of the internet. She said some depend on the use of technology but with balance while others can’t function normally in society because of their addiction. Young, a psychiatrist, said just as they would examine any other type of addition they want to know if it has jeopardized careers, relationships and if they lie about their usage.

Bradford Regional Medical Center is the first in the country to house such a program within a hospital. There are other programs and facilities that deal with internet addition. A 45 day program called reSTART is a residential facility that has been handling those suffering with internet addiction for four years now. They have found their program to be a success.

With modern technology use of the internet is essential. The goal of the digital detox program is to help the addicts find a healthy balance to their online usage. Young said it isn’t practical to expect that people will never go online. Initially they wean the patient offline and then guide them back online in a healthy way.

It’s important that people learn to enjoy the world around them without having to connect online all the time. This is the only way to produce organic, authentic and healthy relationships. One must first disconnect in order to reconnect.

It’s not uncommon to go on vacation, out to dinner and even a movie and notice that more people are staring at their Smartphone instead of enjoying their surroundings. When people don’t disconnect from the internet to connect and communicate with those around them they don’t experience the moment. It’s as if people are hypnotized by the glow of their own phones and tablets.

Without verbally communicating it people are constantly saying that they are more interested in life everywhere else but in their own environment. The goal of Dr. Kimberly Young is for the world to slow down a little each day until they can finally take in the beauty of organic relationships while enjoying their surroundings.

One Response to "Addicted to the Internet? The Cure is Here [video]"