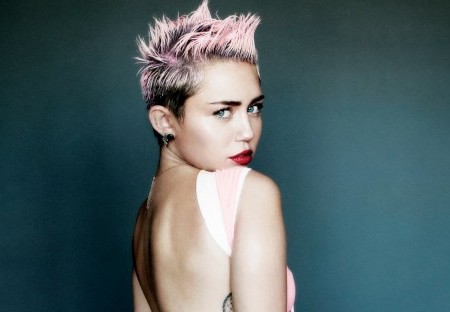 While it appeared to the world that Miley Cyrus dumped Liam Hemsworth, the truth of the matter may be very different. After she made her oblique announcement of the breakup via her unfollowing action on Twitter, a source said that Hemsworth dumped her before the VMA performance.

Or at the very least, while she was twerking her butt into Robin Thicke’s crotch onstage. Someone close to the couple claim that the two broke up a long time before the news of their split was made public.

E! News reported that about the same time that Miley was twerking onstage for the MTV Video Music Awards, Liam was packing his bags and transporting his stuff out of his 20 year-old fiancee’s home in Los Angeles. A source told them that the couples engagement had been off since that time.

Miley officially announced the end of her engagement to Hemsworth on Monday, stating after nearly four years, it was over between the two.

It has been opined that the timing of Liam moving out, suggests that he dumped Miley Cyrus before the VMA controversy and that her lascivious live performance was not her “revenge” at Hemsworth for leaving her. It has also been pointed out that the couple had split up before her routine on MTV and before Hemsworth packed his things and left.

It has been alleged that Miley engineered the move to break things off after suspecting that Hemsworth had been dallying around with January Jones and was “less than faithful to her.” But it does look like Liam made the move to leave first. Cyrus must have been dumped by Hemsworth because between the intervention from his brothers and the controversy that her image change generated gave him no choice.

When the news broke that Miley unfollowed Liam on Twitter, it was reported that the 23 year-old Hunger Games star denied that he had been sneaking around with Jones while he was engaged to Cyrus. Hemsworth’s rep stated that the allegations were not true and went so far as to call the reports “tabloid” journalism.

When the 20 year-old pop star hinted that the relationship with Hemsworth ended with an unfollow over the weekend, Hemsworth was living it up in Las Vegas and tweeting about it. Sources close to the ex-couple have said that the two have been “living separately” for quite a while now. The rumors of liam receiving solace from Mad Men‘s January Jones still exist despite his rep’s vehement denial.

Miley has been publicizing each of her new singles that have been released from her Bangerz album. First with We Can’t Stop and then Wrecking Ball. The whistlestop pace she has to maintain has not been conducive to a good relationship. Add to that mix the “sexing” up of her old Hannah Montana image, which, allegedly embarrassed Hemsworth, and the cracks were deep enough to break the young couple up.

Another source says that Miley is getting on just fine. She is focussed on her career shift and enjoying the success that her record-breaking Wrecking Ball music video has garnered. Cyrus is also shifting gears into high speed to start the run up to her Bangerz album release. It seem that she has been so busy that Hemsworth had to make the move to “dump” her before her embarrassing VMA performance.

4 Responses to "Miley Cyrus: Hemsworth Dumped Her Before VMA"