Concord, New Hampshire – The New Hampshire Department of Health and Human Services has reported the death of a person suspected of being infected with a rare and rapidly degenerative form of Creutzfeldt-Jakob disease (CJD), similar to that of the bovine “Mad Cow” disease.  The Department also suspects that another 8 people, aged between 30 and 80 years, may have also been exposed, with a further 5 cases, outside of the medical institution, totalling 13.

The patient in question, who passed away at Catholic Medical Center, Manchester, is said not to have contracted the disease from eating beef.  It has been reported that all 8 patients from New Hampshire have been informed of their current status and that there is no risk to the public.

The president of the Medical Center, Dr. Joseph Pepe confirmed that officials are 95 percent certain that the patient died of sporadic CJD.  The unnamed person was said to have had brain surgery at the hospital in May, but they had to be admitted again in August, after showing signs of advanced dementia.

Health representatives have said that in many cases of CJD, once the patient becomes infected, degenerative symptoms tend to occur on the spur-of-the-moment, after a protein causes the brain to become abnormally affected, often with fatal consequences, within months.

In 90 percent of cases of the disease, the side effects usually cause changes in behavior, loss of memory, blindness and loss of coordination, resulting in the patient falling over.

According to reports, less than 1 percent of cases are a result of exposure of the disease via nervous system tissue to the brain.  A further 10-15 percent of cases of CJD reportedly involves a genetic transmutation that can be passed down through families. 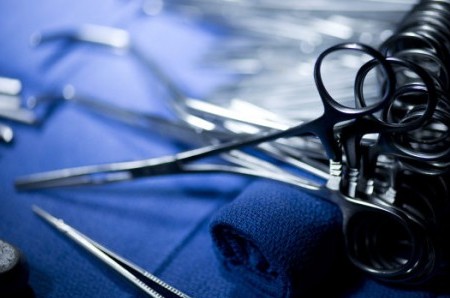 It has been suggested that the infection can be spread through the re-use of surgical equipment that has not been sufficiently sterilized to kill off the disease causing protein and prevent reinfection.

Catholic Medical has revealed that the tools that were used on the patient who died were also used on 8 other patients.  Further to this information, there are possibly another 5 people outside of the area who may also be affected, as the tools used for the operation were hired out to other medical institutions.

Although officials are saying that it is unlikely that the patients feared of exposure are unlikely to develop the disease, it is still possible, hence offering little comfort for those involved.

There are no known or successful curative measures to counter the disease, nor is it known how to effectively treat a patient with the rare brain disease.

Studies from the National Institute of Health state that globally, CJD affects approximately 1 person in each 1 million on a yearly basis.  The studies also report that there are about 200 annually recorded cases of the disease in the United States.

Meanwhile, Greenville Hospital in South Carolina has begun to increase the temperatures needed to sterilize surgical equipment, following the news of the 13 suspected cases of the rare degenerative brain disease.

However Dr. Pepe expressed concerns that the procedures needed to eradicate any trace of the disease causing proteins are likely to also affect the performance of the surgical equipment, thus rendering them unsound.

In the mean time, Pepe has subsequently stated that the equipment used for the surgery on the fatal patient with CJD and the ensuing 13 exposed patients at the New Hampshire hospital and elsewhere, is currently in quarantine, following the final autopsy outcome.