Polamalu Haircut Symbolizes All That Has Changed in Pittsburgh

The Pittsburgh Steelers have been contenders in the AFC seemingly every year, yet after a rough start everything is beginning to look different in the Steel City. Perhaps nothing symbolizes the Steelers changing of the guard better than All-Pro safety Troy Polamalu cutting his hair.

This will be his first haircut in a decade.

Troy Polamalu’s is no slouch on the football field, and the veteran’s play speaks for itself. However he is perhaps best known for his signature long hair. The same hair that has made him a staple on Head and Shoulders advertisements. 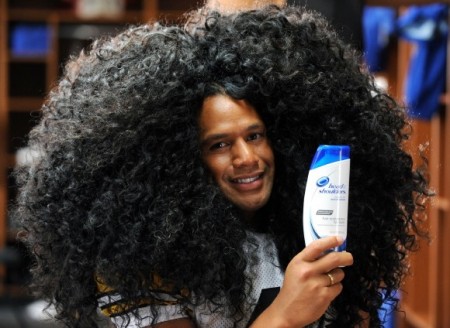 Polamalu is not giving up his long locks on a whim, he has a good reason for going to the barber shop. The Steelers safety is cutting his hair to support the Veterans of Foreign Wars. The ‘Mane Event’ will take place on Veteran’s Day (November 11.)

“We talk about supporting veterans often, but now its time for us all to DO something. I’m getting a ceremonial haircut this Veterans Day for the‪#‎VFWManeEvent‬ with Veterans of Foreign Wars VFW I DARE you to join me. www.VFWManeEvent.org”

A tribute to veterans is a noble cause all Americans can get behind, and Polamalu is a perfect figure head for a campaign centered around haircuts. He has made a lot of money from his hair. He explained his reasoning for taking part in the event which lasts from now until Veteran’s Day in a statement:

“I understand the issues that veterans, and their families, face while serving our country and I am honored to join the Veterans of Foreign Wars Mane Event, encouraging the nation to unite for veterans for a second year. By getting my hair cut on Veterans Day, I am showing my commitment to the men and women who served our country … the real heroes.”

Polamalu had kept his hair long as a way to pay tribute to his Samoan heritage. He has the three foot long locks insured for $1 million.

Without a doubt a noble move by the 32 year old veteran, however Polamalu’s haircut also reflects a changing image in Pittsburgh.

The Steelers are off to an 0-2 start for the first time since 2002, and the team looks a shadow of its former self. Coming off of an 8-8 campaign in 2012, it might be time to admit that the Steelers no longer are the class of the AFC North.

Without a running game, the Steelers are struggling to put points on the board with Ben Roethlisberger shouldering almost the entire load when his team has the ball. So far they have scored just 19 points combined in two games, losing both contests.

Defensively, the loss of James Harrison and other veterans in recent years has removed much of the Steel Curtain’s luster. Once a team that no one could sustain a rushing attack against, Polamalu and his defense are near the bottom of the league defensively. Pittsburgh is just 24th in rushing yards allowed per game so far in 2013, despite facing two offenses that are not elite running the football.

This Pittsburgh team looks different on the field, and now it will look different off of it thanks to Troy Polamalu cutting his hair. Fans of the team will surely support Polamalu’s efforts to support veterans, but will be more and more frustrated with the way the team’s season is going unless they can somehow restore their old image on the field by winning some games.