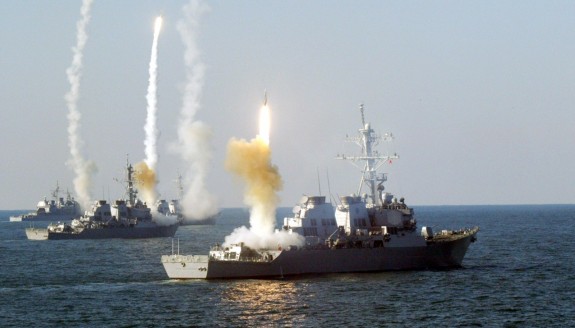 A military attack against the government of Syria is inevitable and will likely happen around the end of the month. Whilst there is no official confirmation of this, there are numerous indications that it seems all but certain. Whilst US President Barack Obama continues to speak in deliberately unequivocal terms, in order for him to evade responsibility for any negative consequences arising from US military intervention – or the lack of it – statements made by his staff and political allies appear to confirm the administration’s determination to intervene on behalf of the al Qaeda terrorists leading the fight against Bashar al-Assad’s government.

As it becomes increasingly clear that support for an attack on Syria, even in the Democrat-controlled Senate, will be difficult to secure, majority leader Harry Reid has delayed a vote in order to give himself and the President more time to twist arms and coerce members of his own party who would currently vote no or are leaning in that direction. The vote itself will, of course, still go ahead. Neither Obama nor Reid can afford a defeat in the Senate. If the administration were now looking for a way to shelve military action and save face, the vote would have gone ahead as originally planned and the defeat – along with overwhelming opposition in the House of Representative – would have been blamed for the lack of intervention. The President could have portrayed himself as the man who wanted to do what was right but who was bound to inaction by the legislative branch.

Further indication that an attack on Syria is inevitable is the language coming out of the White House: National Security Adviser Susan Rice continued Monday to keep the rhetoric ramped up. In remarks to the New American Foundation, she took the line that failure to act would embolden America’s enemies and portray the US as unwilling to use its resources in defense of innocents. “Rejecting limited military action that President Obama strongly supports would raise questions around the world about whether the United States is truly prepared to use the full range of its power.”

Secretary of State John Kerry appeared to give the Obama administration an out when he recently remarked that Syria could avoid a US attack by giving up its chemical weapons arsenal. This remark has been reported as a ‘gaffe’ and Russian President Vladimir Putin leapt on it; initiating a proposal to place Syria’s chemical weapons under international supervision – a proposal that Bashar al-Assad is apparently receptive to. Kerry’s remark was in answer to a question and may, indeed, have been unscripted. It was, likely, not a gaffe; politicians of all persuasion are well-practiced in the art of giving themselves options for backing out of any situation and such an option being thrown out was, at some point, inevitable. The US attack on Syria will take place, however, whether or not Syria cooperates with any international effort to monitor its chemical arsenal; such an operation would be difficult to implement and even more difficult to verify, as the Obama administration was quick to point out. Why did Kerry make such a remark then? When the inevitable US attack on Syria occurs, President Obama will be able to say that Bashar al-Assad was given an opportunity to avoid military action, but failed to comply. Kerry deliberately set the Syrian government an impossible deadline; turn over all their chemical weapons within one week.

Further remarks by the Secretary of State bolster the case for a military action. Kerry has gone to great lengths to reject use of the word ‘war’. Clearly, the narrative being put in place by the White House is already portraying a US attack as not a war. Regardless of the consequences, President Obama and his supporters will always be able to say that they did not start a ‘war’. Kerry has also made it a point to downplay the scale of any strike. On Monday, he said that such an attack would be “unbelievably small”.

The excuse for US intervention has been the Syrian regime’s alleged use of chemical weapons, even though the United Nations has already laid the blame for one chemical attack at the feet of the Syrian rebels and has yet to assign responsibility for another. Bashar al-Assad has denied using the weapons and, whilst there is no reason to merely take him at his word, his increasing tactical advantage over the rebels, coupled with his being under international microscope, makes it unlikely that he would have authorized the use of some weapons. Recent reports in the German press suggest that, according to that country’s intelligence operatives, Assad may have rejected numerous requests from his own military commanders to use such weapons. The US administration insists that it has irrefutable evidence of the Syrian regime’s use of sarin nerve gas, but has not presented it. Presumably, the American people and their representatives in Congress are expected to simply take the executive branch at its word. All but a small faction of those who voted for President Obama seem perfectly content to see the United States attack a foreign nation without being shown any concrete evidence that would justify such action. When one looks at the barrage of criticism leveled at former President George W. Bush – who obtained Congressional approval for the invasion of Iraq and did so with broad international support – one cannot fail to be amazed at the different standards to which the current President is held.

How, then, has the Obama administration set the stage for an inevitable US attack on Syria and emerge as the good guys, no matter what follows? It has emphasized the moral imperative; the United States must save the children from those evil enough to gas them. It has begun, already, to reject the ‘war’ label: When the strike occurs, it will not be an act of war; it will be, presumably, a humanitarian act. In addition, the administration has now backed away from what was clearly its original stated intention, which was an intervention strong and broad enough to bring down the Assad government. The stated intention is now a small strike and will likely be a series of cruise missile attacks on Syrian government and military installations over a period of a few days. Such action will, inevitably, draw harsh criticism from Russia, but it is also likely that, behind the scenes, the US will send word to President Putin that the strikes will be limited in both scope and time-frame.

President Obama will be able, after some weeks, to walk away from Syria claiming that he did the right thing; that he was resolute and that he flexed American muscle and taught the Syrians a lesson. An additional benefit for the White House, and the Democratic Party in general, will be that the American public was distracted, for a few weeks, from the train wreck that is Obamacare. Also; from the ongoing and still unresolved investigations into the Benghazi attack, IRS political targeting, NSA surveillance and other scandals that, if not buried, threaten to derail the Democrat’s efforts in 2014 and, possibly, 2016. The White House has now invested too much for there not to be some form of attack against the government of Syria; it appears inevitable, but still a few weeks away – and it will change nothing. Having originally intended to ensure victory for his Muslim Brotherhood friends, President Obama now has to settle for a token show of force which, although inevitable, will achieve nothing more than allow the American government to avoid embarrassment.

An editorial by Graham J Noble