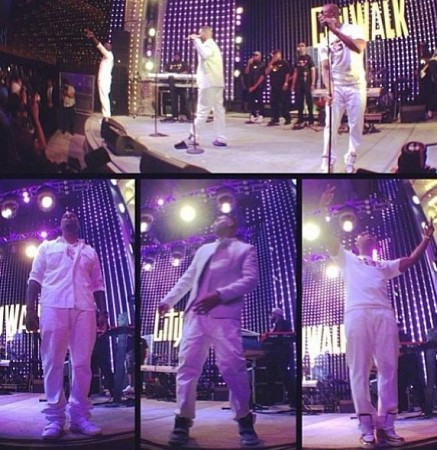 Last night fans were in for a real treat as members of super R&B group TGT took to the stage at Universal Citywalk in Los Angeles, California in front of a record breaking crowd. The super group is made up of three of R&B’s reigning kings Tyrese, Ginuwine, and Tank; last night they showed that they have it. The ladies still love Tyrese, Ginuwine, and Tank and each still can put on a memorable performance. Performing their own individual songs as well as tracks from their Three Kings album, TGT proved just why they are kings.

Now, the three have come together again and released their chart topping album Three Kings and there is no surprise of the response it has received. TGT, with their new album, have added the much needed R&B flavor that has been missing as of late. With the album TGT are definitely not going anywhere anytime soon. With their performance last night, fans can look forward to a nice evening out when they see TGT live on stage when their Three Kings tour rolls to their city.

TGT originally came together in 2007 for the remix to Tank’s song Please Don’t Go and now, fast forward to 2013, TGT have rejoined together to create the chart topping album Three Kings. The new album, which was released August 20, grabbed one of the top spot on Billboard’s top R&B/Hip Hop albums, landing at number 3 on the top 200 albums charts. Now, and after last night’s record breaking concert at Universal Citywalk and release party at the Savoy in Inglewood, TGT are looking to hit the road with their collection of hits including their lead single Sex Never Felt Better and I Need, both off the Three Kings album.

Last night, TGT ripped the stage and reminded the ladies why they love them.

For those still unfamiliar with who TGT is, lets begin with Mr. Tyrese. Tyrese is a R&B hitmaking singer/songwriter, author, and actor who has starred in such hit movies as Baby Boy, Annapolis, Four Brothers and is part of The Fast and Furious franchise. 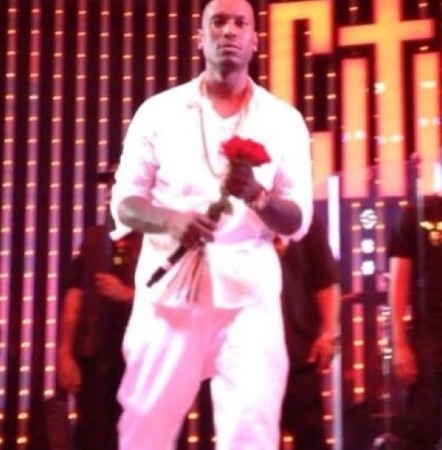 Ginuwine, who stole hearts and made the ladies scream in the 90’s with his array of hits, still keeps the ladies screaming and has also enjoyed a few acting gigs on the big and little screens.

Last, and certainly not least, is Tank aka The General of R&B and one of R&B’s most underrated singers, but his talent is supreme. From creating hit albums to producing hits with his artist Siya, Tank, like Ginuwine and Tyrese, has what it takes to make music that the ladies, and all fans, will love.

Three Kings the album is available now at your local retailer and iTunes. Also, look for TGT on tour soon.