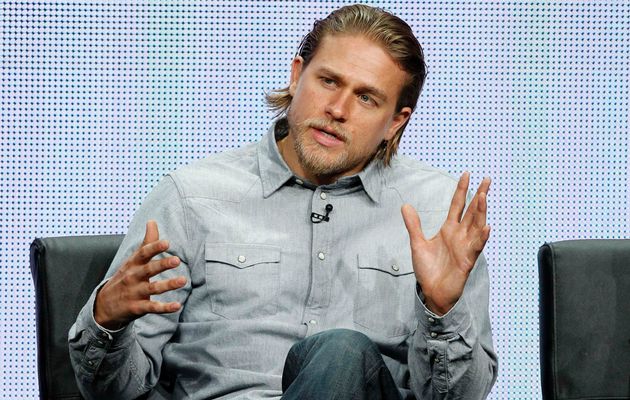 It appears that fans 50 shades of rage (or more) have worked this time, and that does not happen often. Yet when looking at the fanatics of Fifty Shades of Grey causing Charlie Hunnam to need more security just to move around, this really should not come as a surprise. He has decided not to play  Christian Grey in the Fifty Shades of Grey movie.

Universal Studios has publicized Hunnam has dropped out of the movie at the very last minute because his  sizable television schedule and it will not allow him enough time to sufficiently prepare for the role of Christian Grey, stated the studio. Right now Hunnam plays Jackson ‘Jax’ Teller on FX’s very popular Sons of Anarchy TV series.

However many are wondering about Universal’s justification for Hunnam’s exit. Are his abs not flat enough for them, wondered Adam Vary of Buzzfeed.  Do not know if I am buying this, explained TV Line’s Michael Ausiello in various terms. This needs to be taken with a grain of salt, added Deadline’s Mike Flemming Jr. who also wrote that all of Hunnam’s television scheduling business had been taken care of before he ever made any deal to star in the movie with Dakota Johnson.

This move to switch him with someone new was certainly made very recently. Universal gave more security to the star for his Sons of Anarchy premiere just this week, afraid that the Fifty Shades fans still upset with his casting might resort to something drastic. Hunnam’s late parting puts the movie producers in a major bind.

Universal and Focus will have to move quickly to get a replacement as production of the movie was set to begin at the end of this month. So this holdup may cause a big delay in making the movie considering just how long it took to decide on Hunnam for the Christian Grey role in the first place.

Now the much anticipated film version which was slated for a late summer release next August, will probably be held back as the studio begins looking for a leading man all over again.

Fans were completely outraged back when Universal declared Hunnam would be the actor to play Christian Grey. They instead were hoping for Matt Bomer or Ian Somerhalder. Even a petition was started at the website, A Change.org, in order to have Hunnam kicked off the project, he was so despised. It ended up earning well over 80,000 signatures.

Hunnam recognized the enraged response from so many Fifty Shades fanatics against him playing Christan Grey in an interview held just this week. He stated that there were a lot of fans of the book and that he realized he knew he probably did not look like what everyone thought the character should appear. He was talking to Entertainment Weekly, and added that reading is a personal thing and each person makes a character up in their own imagination and they feel like they own the character.

Things like this happen quite a bit with fans if they disagree with a casting choice. (Look how many people really were against Jennifer Lawrence being Katniss Everdeen in the beginning.) But that the actor actually leaves the role is very rare indeed. Thank goodness Lawrence did not. As for Hunnam, only he knows what is best for him, and hopefully 50 shades of rage has not gotten to him personally. That would be a shame indeed.