AT&T Versus T-Mobile: The Battle of Wireless Services 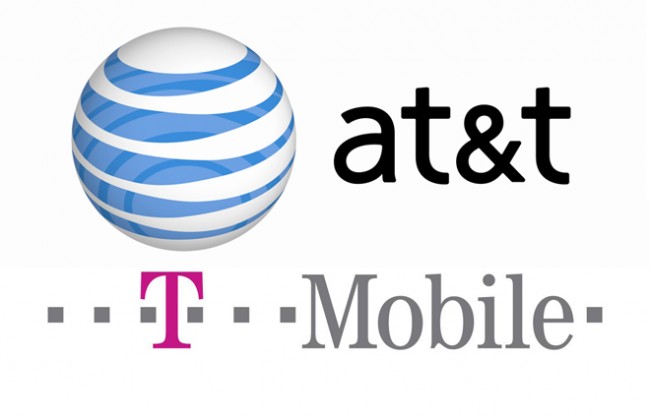 T-Mobile is looking to rear its competitive head and shake the wireless industry up and executives at AT&T are looking to see what the company will think up next. T-Mobile is still a Cinderella story with approximately 43 million customers. The company is starting to see major growth due to the implementation of new plans and specials. AT&T more than doubles that number with over 90 million wireless customers and the largest smartphone portfolio, industry-wide. In this battle of the wireless services, consumers have a winning choice.

AT&T is a clear winner when it comes to phone selection. With a stunning portfolio of over 30 smartphones, the largest mobile carrier leaves a customers torn between several choices.  AT&T also has two options when it comes to purchasing phones: the 2-year contract or their newly developed Next plan. The 2-year contract may not be a lead choice selection for many customers, but it does remain a popular choice. It provides a low-cost option for customers who do not want to deal with monthly phone payments atop of rate plan payments. It is also attractive for phone holders who wear out their phone until it falls apart.

This battle of the wireless services between T-Mobile and AT&T will detail the payment, installment plans available as well. AT&T’s Next plan works in the following ways:

One of the downsides of AT&T are their data options. Recently, the lead carrier phased out the traditional individual and family plans. This leaves customers with a Mobile Share everything plan option. The data for all phone users range from 300MB of data to 50GB of data. For a family of four looking to share 10GB of data, their monthly bill would be an estimated $240 monthly. This would allot unlimited talk, unlimited text and 10GB of shared data which amounts to about $60 per phone.

Basic phone users will realize the Mobile Share plans now encompass new purchases. AT&T’s inventory is less for basic phones, customers can enjoy a minimum plan of $50 for unlimited talk, unlimited text and 300MB of data. The plans overall are looking to boost a competitive streak against other Share everything plans across the industry. In previous tests, AT&T does continue to show its worth with speeds. Unlimited data plans are not a part of the AT&T portfolio and it seems the carrier will not be making a return to that selection anytime soon.

When it comes to international services, AT&T provides a midway plan. Customers traveling to Europe can add the minimum plans: $30 for 80 minutes of talk time, $10 for 50 text messages sent (it appears incoming messages are charged at any current text plan rates) and $30 for 120MB of data which is not a lot of access. From one day to 30 days, customers would spend the same amount on their trip: $70 for minimum services. It seems T-Mobile may be ready to conquer into this arena.

AT&T provides the Next plan on the basis of a credit approval or unlisted deposit which is discussed with a sales agent. T-Mobile whereas allows a customer to select their credit standing to receive an idea of the phone pricing. With three choices:  Excellent/Good Credit, Building Credit or No Credit Check, customers can help themselves to determine the cost of their phone on T-Mobile’s installment program. While T-Mobile has slightly under 30 selections of smartphones, they also cart attractive choices like Sony Xperia Z, Google Nexus 4 and the Nokia Lumia 521 which are not available with AT&T.

Selecting the iPhone 5S 16GB with good credit requires $149.99 upfront with no annual percentage rate. Where T-Mobile comes out swinging is within their rate plans. The company prides itself on the ability to not overwhelm customers with too many choices and overages. For $50 monthly, one smartphone user can enjoy unlimited talk, unlimited text and 500MB of data. Once the 500MB data mark has been reached, no overages for customers are assessed. Instead T-Mobile slows down the speed to a crawling 2G connection until the next billing cycle.

For a family of four smartphones with unlimited talk, unlimited text and unlimited data – customers would pay an approximate $216 monthly. This is a variance from AT&T by $24 less with the unlimited data benefit. If a customer selected an iPhone 5S for $149.99 up front, their cost upfront can change depending on what additional phones are added. The Simple Choice Plan makes this is a very valuable selection of choice.

One downside of this fantastic plan is the network connectivity. Testing the network map led this writer to see only satisfactory to 2G speeds were available in the immediate area. While AT&T does not have the unlimited data, their coverage showed strong 4G/LTE signals, resulting in a nod towards their impressive network. If within a strong area of T-Mobile coverage, this mobile Cinderella is a clear winner when it comes to plan selection. While the JUMP! program does require up-front money, it is worth it for the lowered plan costs. Here are details on the JUMP! plan:

T-Mobile is looking to roll out its Simple Choice Global Plan sometime next week for current customers. This is where T-Mobile will blow away AT&T and even the rest of the competition. The company will offer unlimited data coverage in over 100 countries without roaming charges. In addition, texting is free and customers only pay $0.20 per minute for phone calls while overseas. This plan packs a serious punch in the game of competition.  The Simple Choice plan will be needed for this automatic coverage.

Each of these contenders are certainly worth their merit when it comes to optimizing choice, phones, plans and services. AT&T is a clear leader for faster data speeds and flexibility in international plans. In addition, the nation largest carrier offers a greater smartphone selection. In this wireless service battle, T-Mobile is rising from the bottom at the speed of lightning. The company is re-creating how international roaming works. T-Mobile has fantastic rate plan pricing and even when adding the insurance cost and monthly phone cost, the price remains pretty stable. How ironic these two companies come head-to-head,  just last year AT&T was denied purchase of the big T company. Which of these two providers make a bigger impact on you?