By Nancy Schimelpfening on October 14, 20132 Comments 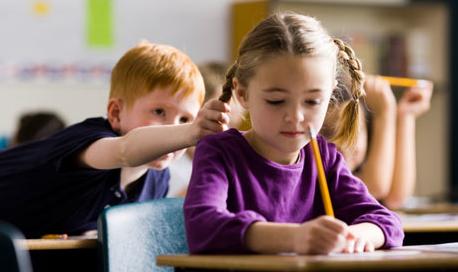 Does your child have behavior problems?   According to researchers at the University of London, all you may have to do is apply one simple fix to your child’s routine in order to see immediate results.

What these researchers found is that having a regular bedtime is very important in how your child behaves.  When children do not have a regular bedtime, it causes them to go into a state similar to jet lag.  And, tired, sleepy children are children who are prone to misbehaving.

The research team came to this conclusion after studying more than 10,000 children who participated in the UK Millennium Cohort Study.   During the study, they collected data on bedtimes when they children were three, five and seven years old, as well as reports from their mothers and teachers about any behavior problems that the kids experienced during that time.

What they found when they analyzed the data was that there was a very clear link between the regularity of when children went to bed and how well they behaved during the day.

They also found that the longer that the kids were exposed to poor sleep schedules, the worse their behavior problems – such as hyperactivity, poor conduct, problems relating to other kids and emotional problems – became.

The researchers theorize that difficulties in behavior probably arise because the children’s circadian rhythms are upset by the disruption in their sleeping patterns.

They said that not having regular bedtimes were most common in three-year-olds, with only about 20 percent of kids having a set bedtime.  By the time children turned seven, however, about half of them were going to bed by around 7:30 to 8:30 in the evening.

Problems with having a regular bedtime were most common among minority families, the study authors said.

The good new for parents, however, is that behavior problems associated with poor sleep have a simple fix:  setting a regular bedtime for your child and sticking with it.  They found that when this step was taken by parents, there were immediate results, with obvious improvements in children’s behavior.

Experts say the first step in getting your child to bed on time is knowing what range of sleep hours is best for your child’s age.  The following ranges are suggested:

Once you know how many hours of sleep your child should be getting, set a bedtime which allows him to sleep this many hours before the activities of the day, such as breakfast and getting ready for school begin.  Then, stick with this bedtime.

One important step which parents can follow to help children with their sleep is to restrict their caffeine intake, especially in the afternoon.  The stimulant affect of caffeine can last for hours, making it difficult for little bodies to relax and sleep.

It is also very important for parents to create a relaxing bedtime routine for their children.  For example, each day as bedtime nears, you might want to give your child a bath, turn the lights low and switch to quiet activities such as reading a bedtime story.  By doing this at a regular time each day, it will help reset his circadian rhythm and signal to his body that it’s time to slow down and sleep.

Tips to Beat Insomnia and Get a Restful Night of Sleep

How Much Sleep Do Children Need?