Conrad Murray’s Release: Who Will The Jacksons Blame Next? [video]

Your Life Is Your Responsibility 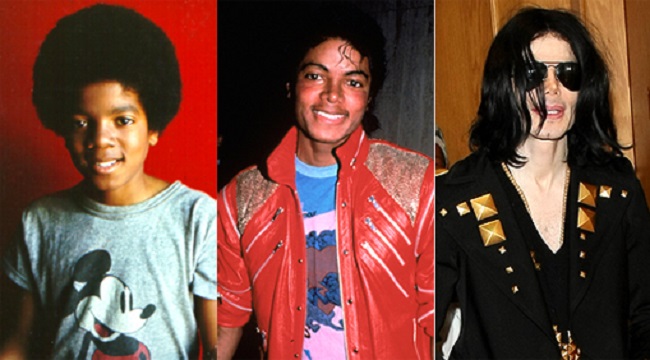 Conrad Murray was convicted of involuntary manslaughter of Michael Jackson and received a four year sentence. Now, Murray is getting out of jail two years early because the jail is just too crowded. Murray went to jail, but did he really kill the King of Pop?

The Jackson family believes he did; or do they? They were sure he was the cause of Jackson dying in 2009 but recently went after AEG Live for basically the same reason. It seems everybody is getting blamed for the early demise of Michael Jackson, except the obvious.

Recently Jermaine, who is behind on child support but went out and purchased a new $160,000 Ferrari sports car, went on a public tyrant saying that news of Murray’s early release is crazy. He said it’s the second tough blow the family has dealt with this month.

The Jackson family keeps saying that this is not about the money; and believe it or not, that is partially true. We all know that money is playing a huge part in all of these trials, but I am of the persuasion that more important than money is the blame. Who is going to take the responsibility for the King of Pop’s death?

Michael is gone and the family has played the blame game long enough. It’s time to take those fingers that have pointed outward since June 25, 2009 and turn them towards the mirror. The harsh reality is neither the family, Murray nor AEG Live responsible for Michael’s death. Michael had the problem and didn’t seek the proper help. I actually blame Michael for his death but if the family wants to point the finger at an outside party that party would have to be his family.

His family knew he had a problem for a long time but chose to look the other way. The world knew Michael has some real serious issues and his die-hard fans refused to “believe” it. We all saw it. It was a sad downhill spiral that ended in his life much too soon.

There’s no question that one of the keys to a fulfilled, contented and happy life is to finally make the decision to stop blaming everyone else for our circumstances and the hand we’ve been dealt in this life. Like it or not, and for better or worse, our life is ours and it’s our responsibility to own it. The reality is no one can change anything about our lives except us; we have the power to make any changes we deem necessary. It may not be easy but it definitely falls under our control.

The key is not just about experiencing life but managing it. We are not victims, void of power, being pushed around helplessly in the world like waves in the ocean. We all make the decision every day how we will respond to any given situation, event or person. Grant it, there is undoubtedly a pattern and belief-system that underlines everyone’s behavior; which often causes them respond almost automatically to life, but these can be changed and I’d like to offer some principles that could have helped Michael, but will definitely help you on your journey.

The good news is just as you cannot control anyone else, they cannot control you. Take that finger that’s been busy pointing at everyone else, and turn it towards yourself; not in guilt, judgment or blame, but for growth and personal development.

No one made Michael Jackson a drug addicted man. He made choices and never owned them. Now his family is carrying on the tradition; they won’t own the choices they made to ignore their son or brother’s issues and have resulted to a life of blame shifting.

Regardless of how the family feels, or anyone else, about Conrad Murray he will be a free man come October 28, 2013. The real truth is we would all do well to let Michael Jackson rest in peace; this is probably the most peace he’s experienced in a very long time.

5 Responses to "Conrad Murray’s Release: Who Will The Jacksons Blame Next? [video]"