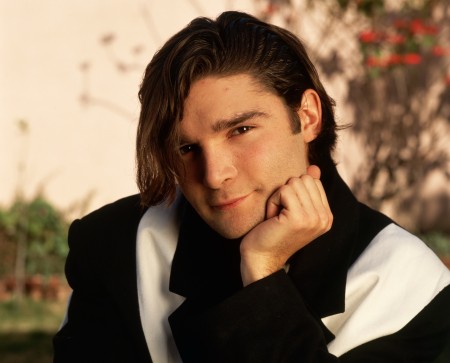 1980s teen heartthrob, Cory Feldman has just released a surprising almost tell-all book reliving moments of a childhood that claimed him as a victim of sexual abuse. In his memoir, he details the life of a child star; a life of drugs, fame and erratic behavior. Right next to him during much of this time, Corey also talks about long-time friend, the late Cory Haim, who he says was also a sufferer at the hands of Hollywood child molesters.

Corey Feldman met Corey Haim on the set of The Lost Boys, an iconic vampire movie from 1987. Building on a friendship that would end up tumultuous and sometimes twisted throughout the years, the Two Coreys, as they were sometimes called, would battle it out for a friendship until Haim’s death in 2010.

In his book, Coreyography, Feldman reveals the gruesome sexual abuse he and Haim endured as children growing up in Hollywood. He explains how both he and Haim were reassured by older, trusted men that it was normal behavior for boys to have sexual relations in the business. Corey Feldman says his abuse started on the set of Lucas in 1985 by an unnamed adult male.

Growing up the breadwinner in his family, Corey Feldman recaps a life of pressures that are not common in the lives of most children. Feldman recalls when his mother banned him from riding a bicycle, claiming the young star had “responsibilities now.” When he was fired from a movie for acting out on set, he said his mother screamed and was “out of control, wild-eyed, like an animal.” He says that during the same explosive encounter she threatened to kill him repeatedly.

Feldman writes about his father’s friend, whom he refers to as “Ron” during the book, and his relationship with the older man that became the introduction of his drug use. “Ron” was a temporary manager for Feldman and was an assistant hired by his father. This same man ended up performing oral sex on the young Corey after a cocktail of pills; just like many times to come and times before, the young teen was too frightened to say no.

Corey’s relationship with “Ron” ended up lasting many years and though he made plenty of adult male connections; some of the role models he picked ended up being sexually perverted, also.

One of the photos in Coreyography shows The Coreys at Feldman’s 15th birthday party surrounded by older men who were reportedly abusing them at the time.

In an odd twist to his already tangled life, Corey Feldman writes about his relationship with Michael Jackson, which he describes as “the healthiest relationship” he ever had. Throughout the years and controversy surrounding the King of Pop, Corey Feldman has always maintained that the friendship they shared was always appropriate; even calling on Jackson when his life became too chaotic or crazy. Feldman writes that Michael Jackson’s world became his “happy place.”

In an interview with Nightline, Corey Feldman blamed Corey Haim’s lifelong battle with addiction and ultimate death on the sexual abuse he endured by a Hollywood mogul. He explains that Haim’s constant acting out was due to the trauma of sexual abuse.

Corey Feldman and Corey Haim were at the height of their careers when many of these acts happened. The words Feldman says he would say to any parent thinking of putting their child in Hollywood are deafening. “Let them lead normal lives.” That is something a victim of sexual abuse very rarely does.