The Bram Stoker Festival opens in Dublin, Ireland, Oct. 26, to celebrate the author of the world’s most famous vampire, Dracula. This three-day event will turn back the pages of time to the city’s native-born son, Bram Stoker, highlighting his life and work through spine-tingling vampire hunts, historic places and performing arts.

This marks the festival’s second year in Dublin, the first one was held in 2012 marking the centennial of the author’s death. It is a part of the Dublin City Council’s event calendar and designed as family-friendly. Members of the Bram Stoker Estate have provided historical accuracy about the author that not only includes the writing of Dracula, but relates to his life as an Irishman from Dublin. 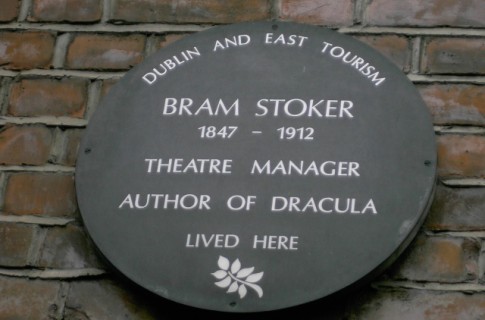 The celebration includes street theater, haunted walking tours, and screenings of some of the many films made about Count Dracula. Events held around the city also include readings and discussions by acclaimed authors on such topics as the allure of ghost stories and why vampires are popular in literature. St. Patrick’s Cathedral is the 13th-century Gothic setting for an evening of mysterious music and readings by candlelight.

For the more adventurous visitor, the festival offers a “Vampire Hunt.” Clues are left throughout the city, making this a combination of a game, a costume contest, and an opportunity to explore Dublin. Families and children can opt for a mini version of the hunt.

One of the locations for events is Dublin Castle. Established in 1204 A.D., this was home to the British royals for most of the 1800s through the early 1920s. Shortly after Stoker had graduated with a mathematics degree in 1870 from Trinity College with honors, he accepted a position at the castle as a civil servant. During this October festival, Dublin Castle is transformed into “Dracula’s Fire Garden” as the night is accompanied by bursts of light, and an eerie soundtrack announces the awakening of characters from the book.

Bram Stoker wrote Dracula in 1897 yet the story continues, to this day, to lure readers into its lair. This classic gothic tale is set in Transylvania in an isolated castle on a winding road, far away from the nearest town. The local people are superstitious. The main characters each have distinctive qualities that span the test of time. Lucy’s innocence, Jonathan’s legal skills and curiosity, Mina’s gentle strength, and Renfield’s servitude are controlled in some way by Count Dracula. It is subtle, at first, but gradually becomes more apparent until their entire existence centers around the vampire. Dr. Seward’s medical care and Van Helsing’s knowledge of vampires become the count’s greatest threat.

Early in his life, Stoker wrote about a boy putting flies in a bottle which is what Renfield does in the novel. The author researched topics relating to the supernatural, making notes about specific creatures from the “other world.” When the author died, no obituary said anything about his masterpiece. Since that time, it has been printed in over 50 languages. This hypnotic, well-educated, frightening, secretive count, who survives by sinking his teeth into his victims, remains the most popular fictional character in motion picture history. Though Stoker did not create the idea of the vampire, his Count Dracula set the standard for all other vampire stories.

Robin MacCaw, great-grandson of Bram Stoker said, “All the Stoker cousins, as well as the direct descendants, are delighted that the Bram Stoker Festival in Dublin, the city of his birth, is now in its second year and looks set to become an annual fixture. It coincides with Halloween and a public holiday weekend so is attractive to locals and visitors alike.” He added that the Bram Stoker Estate has an active Facebook page with frequently updated historical information “and welcomes additional visitors.”

For more information about event times and tickets, please click on the Bram Stoker Festival event schedule link listed below.

4 Responses to "Dracula Sinks His Teeth into Bram Stoker Festival"