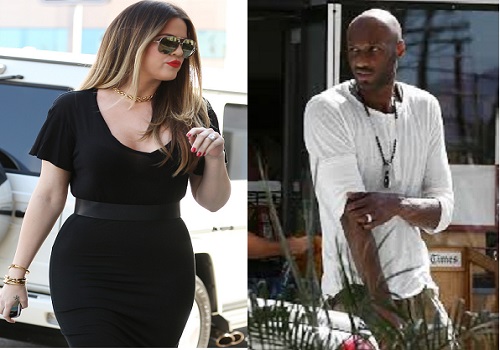 Is Khloe finally ready to kick Lamar Odom to the curb or is her bark bigger than her bite? Lamar doesn’t believe his wife has the heart to divorce him; he says she loves him too much. Many think she’s on the verge of a breaking point and is finally ready to call it quits.

According to Twitter and Instagram, Khloe might just be biting a little more than Lamar is ready to chew. When they should have been celebrating their fourth anniversary, Khloe’s social networking sites had already declared a divorced status. No, Khloe hadn’t said it publicly but she did remove the Odom extension from her name as if to say I’m doing me now.

While many fans and onlookers think Khloe is finally ready to call it quits, those close to her say she’s still trying to preserve her marriage. Khloe wants her estranged husband to get better but knows it’s going to take a lot of work. She said she is taking it slow; one day at a time. She’s not sure how things will end but right now she has to focus on herself.

Lamar is telling his friends, according to sources, that Khloe may have kicked him out of the home they share together and avoided him on their anniversary, but her bark is bigger than her bite and she’s just bluffing. He has no doubt that she going to stick with him.

He admits that some of his choices during their marriage have not been the best, especially those more recent, but he still doesn’t buy her ultimatum about him getting help or else. He feels it is an empty threat and she’s just trying to scare him into making a decision.

A close friend says it’s sad but true. She loves him entirely too much to just give up. If anything, Lamar would be the one demanding a divorce. Another has said that everyone has a breaking point and that Lamar shouldn’t push his luck with her.

Kardashian and Odom haven’t said a whole lot publicly about their marriage or the obvious struggles of late but they are both still wearing their wedding rings. Lamar was seen on Tuesday, October 1, out and about wearing his wedding band and on Wednesday, October 2, Khloe was seen, while filming for the show Keeping Up With the Kardashians, wearing hers.

While it’s no secret that Khloe is devastated by the recent actions of Lamar, she is wearing it well. Her fans have supported her through the entire ordeal and she has not been shy on expressing her gratitude. During a recent FaceBook chat, one fan admired her courage and the way she’s managed to carry herself through this difficult season of life. Khloe responded that she was really trying and added “kisses.”

When asked by another fan how she got to be so fabulous, she replied it’s because of her amazing fans.

As for Lamar, it appears the ball is in his court; he can shoot or run the risk of a shot clock violation and end up Khloe-less. Time will tell if Khloe’s bark is bigger than her bite or if she’s finally fed up and ready to call it quits.