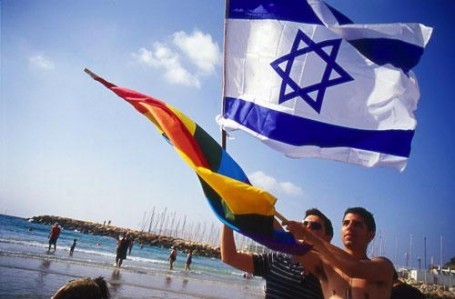 Two male puppets advocating clean energy in Israel have created quite a controversial debate about gay pride. Plug and Socket, called Sheka and Teka in Hebrew, have been appearing in advertisements for the Israel Electric Corp. for more than ten years. Israelis have often questioned, jokingly, if the harmless pair were meant to be gay lovers but until the new arrival of a baby, speculation was all anyone had.

The Holy Land is sparking controversy due to the inconsistencies featured in the ads: If these two, now three, whimsical puppets truly do represent a same-sex family in such a rich religious region, perhaps the sway of worldwide recognition is finally becoming somewhat accepted and legalized marriage is in the near future. Though some gay-rights activists accuse the energy company of ambiguity and blame them for pulling a publicity stunt, it still seems rather hopeful that consent for marriage is nearing the corner.

In June of 2012, Knesset Speaker Rueven Rivlin said the Israeli public was in no way ready to accept same-sex marriage no matter what the current world trend is proving. In the crowd, LGBT (lesbian, gay, bisexual, transgender) community members reacted to his comment with shouting. When Rivlin called them “too sensitive,” activist Gal Uchovsky said that yes, the community is sensitive, adding, “We’re homosexuals!”

Israel is much more liberal on the subject than many other countries, including the United States. Israelis are allowed to have communities, organizations, gay parliament members, openly-gay soldiers and television programs, and unlike America, Israel has abolished all sodomy laws and allows spousal benefits to same-sex couples. Israel’s closest neighbors do not have the same tolerances therefore Israel has become a refuge for many Palestinians seeking shelter after suffering imprisonment, physical attacks and certain death at the hands of the Palestine Police.

The Israeli Defense Minister has recognized same-sex partners as family members and the legal age of consent has been lowered from 18 to 16 for same-sex relations. The Israeli Supreme Court has granted lesbians access to adopt the children of their same-sex partners and courts have ruled that LGBT couples qualify for common-law marriage. This may be shocking to many, as Israel has not always been regarded as the most tolerant of territories; it seems, however, that they have a much more welcoming view of love being love, with or without marriage.

Many countries like Iran, Libya, Syria and Saudi Arabia have homosexuality classified as illegal and of those, Saudi Arabia and Iran are known to put anyone committing the crime, to death. In Palestine and Jordan, there are no rights protecting the safety of homosexuals, so they find asylum elsewhere. Even though it is technically legalized to be homosexual, there is no guarantee an honor-killing by an offended family member will not occur.

So the debate firing up over the quirky puppets and their maybe gay lifestyle is not a debate about legalization or rights; but more a debate specifically about gay pride. Maybe it is just curiosity spawning the outrage of gay-rights activists who want to know finally: Are Sheka and Teka gay?