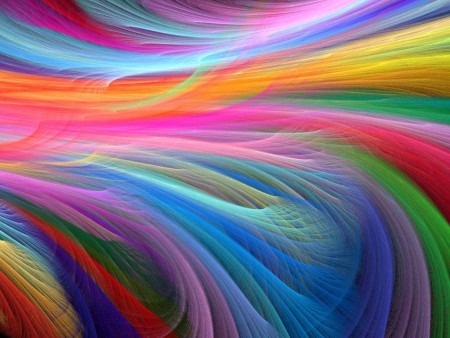 The Gay and Lesbian Alliance Against Defamation (GLAAD) is celebrating this weekend with National Coming Out Day.  The well recognized day is honored with the remembrance of the National March on Washington for Lesbian and Gay Rights, 25 years ago.  It is in conjunction with another important day in history, Columbus Day.  While the two days represent two different accomplishments in history, the kindred spirit spans time and distance with a camaraderie of unity.  Just as Christopher Columbus set out to find a new world, many doors have been opened in the world for gays and lesbians.

Once mocked and made fun of, Christopher Columbus forged ahead to new discoveries.  He knew the world had more to offer 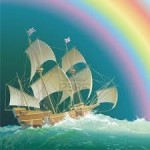 than a flat surface and he was willing to risk it all to prove his stance.  He landed in an area much different than his own homeland, but took control and reaped the many blessings and benefits.  The tales and myths of his life have spanned over 500 years of history, but the man accomplished his ultimate dream and quest.  He come out above all odds and became an inspiration for others to do the same.  The closed doors and minds were opened in a new way of enlightenment through his brave adventure and dream.

The ones who have struggled against hate and unacceptance for years, are finally beginning to emerge in a new light.  Many groups including GLAAD, have assisted in the rights of same-sex marriages and equality for all.  The world is a rainbow of individuals, who do not choose their birth.  Their destiny is often in the hands of others who do not understand.  New frontiers are constantly opening in all areas of life and views are changing as well.  As explorers of old sailed the seven seas and discovered new lands, new ways of thinking are continuing to be embraced in today’s world.

America was found by accident, years after Columbus set foot upon dry land.  He actually landed in the Bahamas and explored the Caribbean Islands before heading back to Spain.  For him, the possibility of a new world was there and he was happy.  Amerigo Vespucci is thanked for finding what we now call North America.  To find a land is a great feat, but to find life itself is even greater.  For all that have been shunned for their way of life, the closed doors are gently opening with patience and understanding.

The spirit of unity among people has spanned over time and distance around the world as the global community accepts new ideas.  The flat-lined answers are disappearing with a round of applause for leaders in the quest for happiness.  Celebrating uniqueness is a discovery yet to happen in many settings, but the ambition to keep on sailing until the day is done will only bring us all closer in the same world.

Christopher Columbus is remembered as coming out of the old world of closed thinkers to discover the spice and jewels of a new world.  His desire for more can be looked upon as a springboard for always going a little bit further in one’s own journey.  America is glad he set sail and conquered his fears.  The fears of the outcasts will be overcome in many new worlds yet to be discovered.  GLAAD has been there as a support for many as they discover their true destiny and the walls of closed minds disappear.  The small victories of the rainbow will continue to grow stronger as the storms will pass with time.

One Response to "GLAAD Spans Time and Distance"