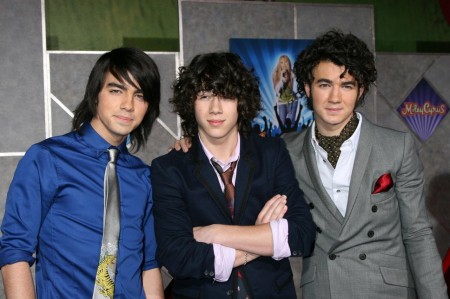 Hoping for an abbreviated hiatus, Jonas Brothers’ fans were beyond devastated yesterday when the famous boy band’s Twitter account was deactivated. The account showed an error message each time the name was typed-in; mouths hung agape at the idea that this could be the end. This news comes only one week after the band had cancelled their tour, a “deep rift” within the trio was cited as the cause. In just one week’s time, the Jonas Brothers started a stampede of broken-hearted groupies all over the world.

The Jonas Brothers formed in 2005 and gained rapid popularity by opening for acts like Kelly Clarkson, Jesse McCartney and The Backstreet Boys. Their first single, Mandy, reached number four on MTV’s Total Request Live; this escalated their fan base and nestled them comfortably into the notorious and problematic classification of “boy band.”

As their popularity grew, networks like the Disney Channel attempted to capitalize on the handsome teenagers, by casting them in movies like Camp Rock and an original self-titled series called Jonas.

Many more television shows and movie deals were made over the years; the last was Married to Jonas, a reality TV show featured on E!  Married to Jonas focused primarily on Kevin Jonas’s marriage. The band members/ siblings were not completely ignored, they showed-up for a few appearances perhaps just to hum for the band’s enthusiasts.

The brothers have remained closed-mouthed about the rumors of a breakup; fans continue to writhe in agony awaiting news of a possible end. One news group, Blind Gossip, has reported that Joe Jonas is a heroin addict and that was the sole reason for the tour cancellation. This allegation has not been substantiated.

As of this writing, no one attached to the group is talking. The fans sit and wait, biding their time with old albums and Married to Jonas reruns. The simple truth is that the millions upon millions of fans are forced to wait to hear news that not one of them is prepared to believe. The heartbreak is a slow one and the stories of fans trapped in limbo read more like Dante’s Inferno for those not equipped to deal with the possibilities.

The young fans and devoted followers have set up a fan page with a whopping 14,500,000 plus supporters. Today the Facebook fan page is riddled with a wall full of pleas from the confused, grief-stricken devotees. Vying for answers and reminding the unaccounted-for band that they had made promises to stay together forever; the wounds are running deep for these pubescent diehard tweens.

We will not have any answers until someone from the Jonas Camp speaks publicly. For those who have purchased every album, attended as many concerts as Mommy and Daddy would pay for and memorized the words to every single sophomoric song recorded, today marks a day of imperial anguish.

While the Jonas Brothers take their time determining how long they need to make this life altering decision, fans sit in stalemate, wiping tears away with concert shirts and constantly refreshing Twitter in case the error message was just a mistake; a glitch. While seconds turn into hours, the Jonas Brothers ignore the screams of pain echoing from the hearts of each adoring fan that they are clearly breaking.