Katie Holmes Could Do A Lot Worse Than Jamie Foxx 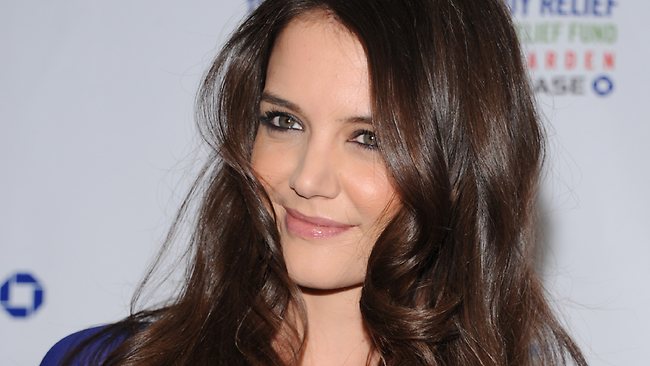 Katie Holmes is rumored to be dating Oscar Winner Jamie Foxx, and she could do a whole lot worse.  The actress and Foxx have reportedly been spending lots of time together lately.  Oh, did we mention that Foxx is close friends with Holmes’ ex, Tom Cruise?  Could make for some awkward holiday dinners.

Multiple sources are claiming to have seen the pair together on numerous occasions.  It’s also being reported that Foxx has been spending lots of time (secretly, shhhh) at Holmes’ apartment.  What will Suri make of all of this?

Another source confirming that a limo driver intending to pick Foxx up from his temporary residence at the Trump Soho Hotel, where he is staying while filming the newest movie version of Annie, was shocked when Holmes entered the limo in his place.  The driver quickly recovered and drove Holmes on the ride of shame back to her apartment in Chelsea.

It seems as though things began heating up over the summer where the duo were spotted at a charity event in the Hamptons.  Several people noticed them dancing together to Robin Thicke’s powerhouse song of the summer, Blurred Lines.  After that it appears that things escalated rather quickly.

Foxx, on the other hand, is claiming that the rumors are absolutely not true.  Actually, he is notoriously private when it comes to his love life.  He once told Oprah that he is “very loving when it comes to being there for someone.”  He has also said that he doesn’t advertise who he is dating.  The Texas native does, however, have two daughters from previous relationships.

Holmes, on the other hand, went through a very public, and very intense break-up with her husband, actor Tom Cruise, in June of 2012.  Citing intimidating by Cruise’s beloved Church of Scientology, Katie felt she had reason to believe their then 6 year-old daughter, Suri, was in danger of being abducted.  The couple then proceeded to divorce rather quickly by Hollywood standards, less than one month, with Holmes remaining in New York and retaining sole custody of their daughter.  It was the first divorce for Katie and third time was the charm for Tom.  Sort of.

Another reason Foxx may be sly in regards to announcing a relationship with Holmes is due to the fact that he and Cruise are fairly tight.  Foxx once claimed that Cruise changed the entire projection of his career.  It’s no wonder he wants to keep things on the down low for the time being.

Katie Holmes could certainly do a lot worse than Jamie Foxx, if the rumors are indeed true.  She has kept a rather low profile, living a very quiet life in New York.  Taking her daughter to school.  Having dinner with friends.  She hasn’t dated at all since her divorce from Cruise.  Foxx is conveniently located in New York while filming Annie.  And won’t someone please think of poor Suri?  Foxx could offer both mother and daughter some much needed stability.  It could be good for both of them.