By Michael Smith on October 21, 2013Comments Off on Lady Gaga Vs Jennifer O’Neill Mommy Monster Settles out of Court 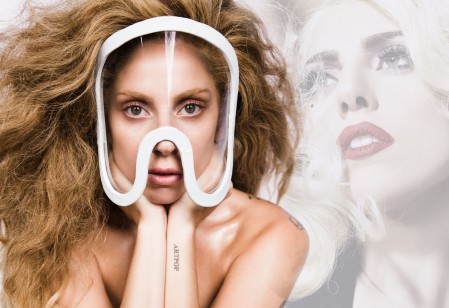 In the case of Lady Gaga vs Jennifer O’Neill, Mommy Monster settled out of court. Gaga’s former personal assistant had taken to the pop star to court to sue for overtime money owed to her by the ARTPOP singer. The court case will be dropped after a mutual amount of recompense had been agreed upon by both parties.

On Monday, a court order dismissed the pending case. The 27 year-old’s former “employee” had alleged that her boss had cheated her in terms of overtime payments. The charge went back to 2009 up to February 2010, where the overtime owed was not paid.

O’Neill had stated in a sworn deposition that she was often responsible for dealing with Gaga’s communications as well as handling the singer’s luggage which was said to be around 20 items. The deposition also stated that the two were initially roommates and friends sharing accommodation at the Lower East Side of Manhattan prior to 2008.

According to O’Neill, she started working as the singer’s personal assistant for roughly $50,000 per year which was bumped up to $75,000 per year shortly afterward. It was also revealed that Jennifer had to be available to Lady Gaga 24 hours a day, seven days a week.

Gaga told her personal assistant that the job was not a “clock punching” scenario where she would have set hours. O’Neill had to be available for when the singer needed her, not just during a set time of the day. This information was revealed in the court documents, which listed the charges and used Gaga’s real name of Stefani Germanotta.

The out of court settlement for the case of Lady Gaga vs Jennifer O’Neill has seen Mommy Monster portrayed in a different light just from the court statements. A fascinating glimpse into life on the road with the popstar emerged that stripped some of the imagined glamor away.

Some of the details of the court case were quite revealing about the personal life of Lady Gaga. According to O’Neill, the performer would never make a public appearance unless she were completely made up, whether it was a professional appointment or not. Apparently, the two women often shared the same bed and Jennifer testified on the deposition that she had never had her own hotel room when Gaga was on the road.

This level of “penny pinching” from a performer who, according to Forbes magazine, earned a cool $80 million in the first half of 2013, does not paint a very flattering picture of Mommy Monster. Gaga testified in her deposition that her assistant did not work regular hours and was expected to be at her beck and call whenever she needed her. She said that O’Neill did not have a schedule.

On top of revealing that the two shared the same bed, O’Neill also revealed that she would have to get up in the middle of the night to change a DVD if her employer asked her or anything else that might be required. In her defence, Gaga stated that her employee’s cummulative time did not equate to overtime payment.

Jennifer O’Neill had charged that her boss owed her $393,000 on top of damages for 7,168 hours of accumulated hours of overtime that she’d never been paid for. The settlement on Monday came as no surprise after lawyers from both sides had informed Judge Paul G. Gardephe Friday last week that a settlement was close to being reached.

The judge had ordered that the case should continue to trial previously, on November 4, 2013 ruling that O’Neill had “potentially” earned overtime recompense. But the settlement on Monday negated the judge’s order. A condition attached to the out of court settlement in Lady Gaga vs Jennifer O’Neill, states that no other labor claims can be made over the time period that O’Neill worked for Gaga and her company Mermaid Touring. Considering the unflattering picture painted of Mommy Monster in the court depositions, it seems that the settlement could be a sort of damage control action. Neither sides lawyers have commented on the settlement.