Rappin’ With LiL’ Gang$ta: An Interview 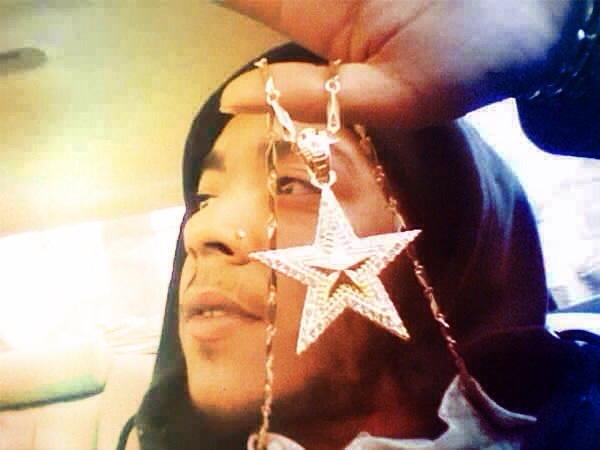 There are many rappers on the rise, many with mixtapes, albums and EP’s, but not all have the drive to chase their dream and make it a reality. Not all stand out from the crowd or showcase originality. However, LiL’ Gang$ta does and he works hard at his craft; letting no one hold him back from what he can accomplish. Recently, I was presented with some of LiL’ Gang$ta’s music, just shortly before we begin to chat through direct message on twitter. Shortly thereafter, I begin to line up questions for an interview with LiL’ Gang$ta and, soon after, an interview was presented. Here is what LiL’ Gang$ta had to say:

KELZ: What made you fall in love with music?
LiL’ Gang$ta : I fell in love with music as a child after listening & watching music videos from artists like Arrested Development, IMX, Wu-Tang Clan, Easy-E & E-40. But, Hip-Hop wasn’t my only influence to be an artist there was also genres like Blues, Rock, & Jazz in my life that I used to listen to for entertainment.

KELZ: When did you know music was your calling?
LiL’ Gang$ta: Well, when I first started writing music back in 1999 I was calling myself ACD (my initials), then later changed it to CMB then to LiL’ Gang$ta (LiL’ G.) finally, But as ACD as well as CMB I was only doing songs as a sport with friends or to use as a relaxation technique when I’m stressed out or angry. I used to get teased as a youth about my height so to defend myself I adopted Lil’ Wayne an Eminem’s rap styles to come up with diss songs. An when the homies an everyone was feeling what I wrote I then knew music was my calling.

KELZ: Inspiration(s)?
LiL’ Gang$ta: What inspires me is my fans when I see they’re reactions & read there reactions to my songs.

KELZ: Lyric and or artist that inspires you most?
LiL’ Gang$ta: 2Pac inspires me most with his realness, I believe he is the realist artist that was in the industry.

KELZ: What’s your creative process when in the studio?
LiL’ Gang$ta: I really don’t think I have one, I write an practice my songs at home then head to the studio to record an try my best to smash out 4 songs in a hours span, an my studio sessions usually be about 3-4 hours.

KELZ: What is the background of your latest project. Influences, how did it come to be?
LiL’ Gang$ta: My latest project Rappin’ 4-Tay Presents: LiL’ Gang$ta Is basically my introduction into music. Giving the people all of my thoughts, from life struggles, babies, police, violence, plus more.
My influences on making the album came from when I noticed mixtapes wasn’t getting me no where, so I hooked up with some West-Coast kats an some old friends an put an official album together.
The album contains songs recorded from 2007 to now, some tracks I felt the public needed to hear.

KELZ: Any singles or videos on the horizon?
LiL’ Gang$ta: The singles from the album are Picture a Ni**a & Dzhokhar Tsarnaev but if anyone wanted to order a different song from off the album you just gotta go to Amazon.com or iTunes.com. 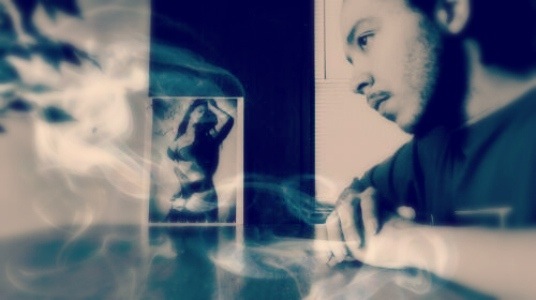 KELZ: Will you be touring or any shows coming up?
LiL’ Gang$ta: No tours or show coming up just yet for me, still looking for a good agent that can help me out in that department.

KELZ: Do you feel pressure as an artist?
LiL’ Gang$ta: Sometimes, like you gotta fit it wit the in crowd or something, but not me, I might do one song that might sound like mainstream music but that’s just to get your ear, an deter you away from the same 5 songs that they play over, over and over again.
But on the up an up I just try to stick with being me an it seems to be working just fine.

KELZ: What’s your take on the music industry today?
LiL’ Gang$ta: Well a lot of new faces are here to through there 2cents in, an with the digital world added to your normal tv world a wrong move could make you slip up bad an another artist could come an pass you up. So with that there’s a lil pressure.

KELZ: Name an artist, past or present that you would love to collaborate with.
LiL’ Gang$ta : 2Pac or Kendrick Lamar.

KELZ: Dream producer you would love to work with?
LiL’ Gang$ta: E.D.I. Mean or Dr. Dre

KELZ: What’s next for you?
LiL’ Gang$ta: I’m certainly working on my 2nd album entitled 4 Tha Playaz which is a smoother album compared to my debut album . It features Aei’Leon el Nino which is one of Bizzy Bone’s artists.

KELZ: Where can the readers find you on the internet?
LiL’ Gang$ta: The official website isn’t up yet but people can stay posted to what new with me on Facebook & Twitter.
Facebook.com/LiLGangsta75
Twitter – @LiLGangsta75

KELZ: Last words for the fans?
LiL’ Gang$ta: Make sure you go to Amazon.com or Google Play an make a review of my album I might just reply back.