Saudi Arabia Fed Up with the Obama Administration. 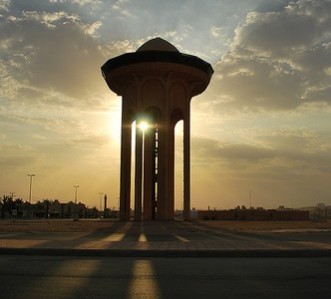 Saudi Arabia, the most important US ally in the Arab world, has put the US on notice: it is fed up with Obama Administration policies in the Middle East and it’s prepared to do something about it.

According to the Wall Street Journal, Saudi Arabia’s top intelligence official, Bandar Bin Sultan al-Saud, told European diplomats Tuesday that his country will cut back on cooperation with the US. For starters, the Saudis will dial down the joint effort to train and arm rebel forces in Syria. Reuters quotes one Saudi source as saying, “The shift away from the US is a major one.”

The situation in Syria is critical for the region. Saudi Arabia considers Syria, and its embattled President Bashir Assad, a key ally of arch-enemy Iran. They were encouraged when the US threatened to attack over Syria’s use of chemical weapons. And they made little secret of their disappointment when President Obama suddenly changed course and let the Russians negotiate a solution to the crisis. A Saudi official in Washington questioned the motives behind the deal, wondering publicly whether it was really a ploy to take US military action off the table.

That’s tough talk coming from the Saudis, who have been staunch US allies since the founding of their kingdom in 1932. It follows their surprise announcement last week not to accept a rotating seat on the UN Security Council. At the time, the move was considered a slap against the UN for its inability to deal with Syria or the Palestinian/Israeli conflict. According to multiple reports, Prince Bandar later made clear that the decision was a public rebuke of the US.

If Saudi Arabia is fed up with the Obama Administration, it is hardly alone. According Fox News, Jordanians, Bahrainis, Kuwaitis and leaders of the United Arab Emirates – all US allies – are also not happy. Their greatest concern is what US inaction in Syria portends for future American policy toward Iran. Just like his “red line” in Syria, President Obama has vowed he would never let Iran get a nuclear weapons capability. Now the Arab world worries over recent steps toward détente with Tehran.

The Obama Administration Tuesday was quick to downplay the possibility of a serious rift with Saudi Arabia. Secretary of State John Kerry told reporters in London that the alliance was, and would remain, strong. Kerry said he assured the Saudi Foreign Minister that an agreement with Iran was no sure thing. Meantime, widespread reporting suggests that the very public anti-American comments may well reflect in-fighting among Saudi Princes trying to influence 89-year-old King Abdullah. The consensus of most watchers is that despite the cracks, the alliance will endure.

However, it may never be as close as before. For decades, the relationship has been good for both countries. The US military has guaranteed the security of the Kingdom in a dangerous region, and the Saudis have provided a dependable source of energy during difficult times. Those times, though, are changing.

The uncomfortable truth is that the US does not need the alliance as much as the Saudis do. The Obama Administration may not turn its back on the Middle East, but it is going to pay more attention to Asia. And why not? At bottom, the Saudi alliance was primarily about oil, and the US  just does not need as much as it used to. With new energy finds in North America and better resource management, the US  is poised to become world’s top energy producers before the end of this decade.