By Jeremy Forbing on October 7, 2013Comments Off on Somalia SEAL Raid Ended by Children Used as Shields 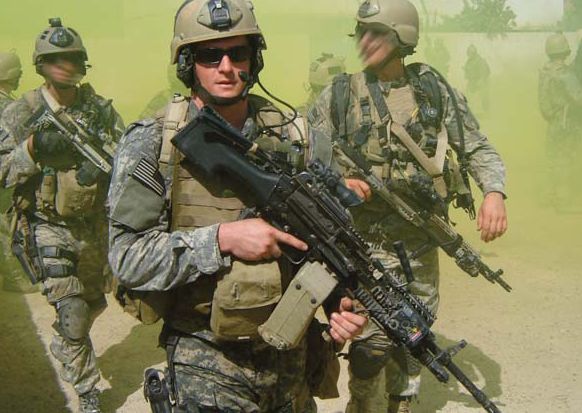 The raid on Somalia by Navy SEALs was ended when the SEALs saw children being used by al-Shabaab terrorists as human shields, a U.S. official told CNN Monday.

The raid in Somalia was intended to capture a man known as Ikrima, believed to be high-ranking member of the al-Shabaab organization who planned the recent terror attacks on a mall in Kenya. Intending to capture the terrorist rather than kill him, the Navy SEALS, rather than an unmanned drone, went in directly .

In a corroborating report, NBC News described how SEALs were able to enter the al-Shabaab compound, take the  positions required by their planning, and even watch one of the terrorists take a cigarette break. But that same al-Shabaab fighter may have spotted the SEALs, because he came back out with an AK-47 and fired on the SEALs. The mission quickly escalated into a firefight, with the SEALs encountering intense fire with both guns and grenades. An unidentified official told CNN that, “Once it became clear we were not going to able to take him, the Navy commander made the decision to withdraw.”

CNN and NBC had both received word from U.S. officials that the decision to end the Somalia  raid was prompted by seeing children, used as human shields, being moved out of the fortified seaside stronghold the SEALs were attacking.

SEALs were actually able to see Ikrima through the compound’s windows, but when children came into their scopes, the threat of hurting them prompted the team’s withdrawal. The tactical situation for these members of SEAL Team Six, the same unit that killed Osama bin-Laden, was also disintegrating, and they evacuated via the beach.

In response to demands for answers by Libyan officials regarding the raid in Tripoli on the same day, U.S. Secretary of State John Kerry voiced his support of both raids and his confidence in their legality. Speaking at the Asia Pacific Economic Cooperation (APEC) summit in Bali, Kerry said “I hope the perception is in the world that people who commit acts of terror and who have been appropriately indicted by courts of law, by the legal process, will know that United States of America is going to do anything in its power that is legal and appropriate in order to enforce the law and to protect our security.”

Unlike Libyan officials, who were publicly questioning a U.S. special forces operation in their own country on the same day, the government of Somalia seemed to welcome the military action. Pentagon sources insist that this is not the end of Somali cooperation with the U.S.  in an effort to bring al-Shabaab to justice, and Somali Deputy Prime Minister and Foreign Minister Fawzia Yusuf Adam also expressed his country’s solidarity with the U.S. in opposing the terrorists.

Adam said of the raid, “We accepted it; we welcomed it. We are welcoming more if this will help us … get rid of al Qaeda and Al-Shabaab.” The raid ended by the use of children as human shields on Sunday is unlikely to be the last SEAL team attack on Somalian soil.