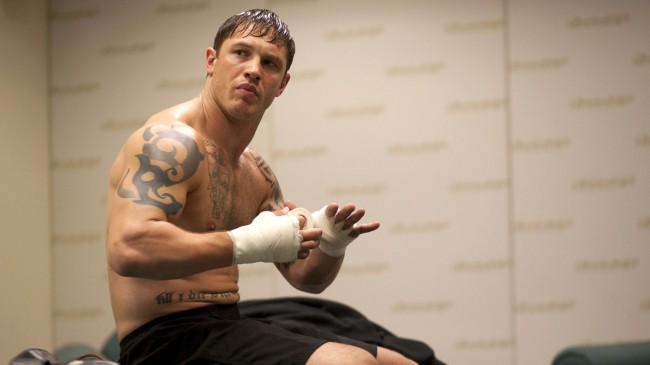 British, smoldering and versatile, Tom Hardy has braced a variety of roles. From gay gangster “Handsome Bob” in Guy Richie’s RocknRolla (2008) to real-life English prisoner “Charles Bronson” in Bronson (2009) who spent most of his life in solitary confinement, Hardy has been stretching his acting muscles for as far as they allowed him.

His breakthrough role however came when he played conman and identity forger, Eames, in Christopher Nolan’s masterpiece Inception (2010). The role earned Hardy a BAFTA Rising Star award and worldwide recognition. Followed up by the critically acclaimed and very popular “Bane”, the notorious mercenary who raises Hell in Gotham and tortures Batman in The Dark Knight Rises (2012). It’s no surprise that he is picked to play legendary music artist, Elton John in Rocket Pictures’ upcoming biopic Rocketman.

Even though Elton John’s first pick was Justin Timberlake, the role eventually went to Hardy. Rocketman will chronicle John’s battle with alcoholism in the early 90s, starting from John going to rehab and ends with him coming out of it. According to John, however, the movie will be far from a normal, dark recounting of some artist’s addiction. John describes the movie as a “surreal look” at his life. Think Moulin Rouge instead of The Basketball Diaries.

A music prodigy with flamboyant costumes and wild stage performances, John has shown musical aptitude ever since he was a student. Defying a strict upbringing and traditional family ambitions about his career, John skyrocketed through the music world with 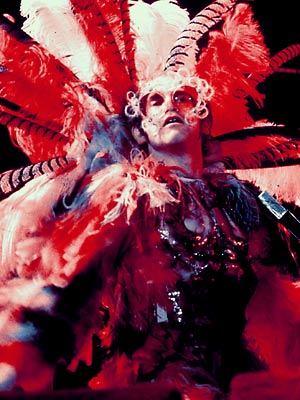 a distinct, baritone voice and a colorful style. John unleashed all his past restrictions and reveled in success with a diverse music career.

His wildness, however, took him to dark places as he began experimenting with cocaine, using it in the beginning to overcome his off-stage shyness. He eventually became addicted to the point that, even years after getting sober, he still had nightmares about having it up his nose. John described the feeling as being “very real” yet “very upsetting.”

John’s time in rehab served as a wake-up call for him to rise up from the mess of addiction and find a greater meaning for his life. They were among the darkest times, especially in the beginning, when he was deprived of all his bodily cravings: alcohol, sex, crack and food. He was stripped of his stardom status as Elton John the great artist. He was just a normal guy, locked inside his own, drug-abused body, ready to confront his own demons.

Tom Hardy has not been far from the shadowy recesses of addiction himself. Being the perfect pitch for this movie might not just come  from the fact that Hardy has the “ability to transform himself completely into the character or subject found in the material” but also because, like John, he has battled an alcohol and a crack-cocaine addiction. If there’s anybody who would completely understand how to immerse himself in such a complex role during a very difficult stage in a person’s life, it’s Hardy.

Tom Hardy sequined and struggling with addiction in Rocketman

2 Responses to "Tom Hardy to Play Elton John in ‘Rocketman’"