Agenda 21 Coming to a Neighborhood Near You

Is Agenda 21 coming to a neighborhood near you? Is there a vast conspiracy by the UN to gain control of the world’s food supply? Has power gone to the heads of local government? Some people in Miami Shores, FL probably think so after the city has fined a local couple for breaking the law. What law? The one which says they can’t plant a vegetable garden in their front yard. While the “A” word hasn’t been mentioned as the reason could it be behind this nefarious act?

Hermine Ricketts and Tom Carroll, a married couple, have gardened in their front yard for the past 17 years, but this year they were told they would have to remove it or face fines of $50 for every day they kept it. The couple decided to dig up the garden instead of paying the fine but have now begun a lawsuit against the city. The law was put in place in order to keep the “the distinctive character of the Miami Shores Village,” and interestingly enough it doesn’t ban that iconic Florida staple, the plastic pink flamingo from being displayed.

Even though the couple would be allowed to grow their veggies in their backyard, which is allowed by the law, they say there isn’t enough sun for them to grow. The couple shared they have never received previous complaints. According to the Watchdog site, there have been other similar lawsuits in other parts of the country as well including California, Tennessee, Michigan and Oklahoma. 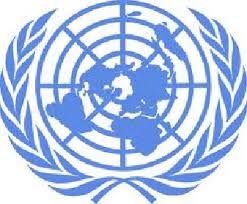 For those who don’t grow their own vegetables and think this is just another frivolous lawsuit, it really isn’t. If the city of Miami Shores can do something like this then what could be next? What else could they ban? This is exactly what the couple will be suing over, their right to privacy as protected by the United States Constitution and more broadly by the Florida State Constitution. According to Ari Bargil of the Institute of Justice, the non-profit legal group representing the FL couple the lawsuit isn’t about money but rather that the law is unconstitutional.

There is growing concern throughout the country that local governments are attempting to take control of private property in their communities. For years now many US citizens have been concerned about “Agenda 21,” a voluntary initiative by the United Nations enacted to help with sustainable development and other “green” projects. Opponents of Agenda 21 believe this is an effort on the part of the UN to take control of the world through controlling all land and what people can do with it. It has long been known that whoever controls the world’s food and energy supplies, can rule the world.

Those who believe this is the case with Agenda 21 are slowly gathering evidence to confirm its existence, as more and more land control cases are coming forward everyday. According to the opponents, local governments are influenced by groups using various innocent sounding names and employing deceptive means to get what they want. They also believe these local boards and leaders may not even realize they are part of this effort to control the use of private property. It also appears the Obama administration is helping the UN along with their agenda by signing treaties such as the recent UN Small Arms Treaty which bans the trading of small arms.

There is also a concern by many that large agricultural companies such as Monsanto are working to control food production for profit motives, eliminating all competition would certainly be a part of this. Some believe Monsanto is using genetically modified foods (GMO) to control the population, to keep farmers in virtual slavery by controlling all resources and technology related to farming leading to a  destruction of the environment. Interestingly enough, some of the people who are supporters of Agenda 21 are the same ones who protest most loudly against Monsanto and GMOs.

Is this case in Florida, part of this vast conspiracy to bring Agenda 21 to  your community or is it just about a city who doesn’t want people to grow gardens in their front yards? Is it part of a plan to control the world’s supply or of the large agricultural companies to gain control of all agriculture production in the United States and the world? It is certainly something to think about.

Related: Agenda 21: What you need to know

The Greed of Corporate America Reaches Its Lowest Point Yet

2024 Candidates Will Not Be an Old Man and an Even Older Man: I Hope