AIDS Now a Manageable Disease, No Longer a Deadly Condition 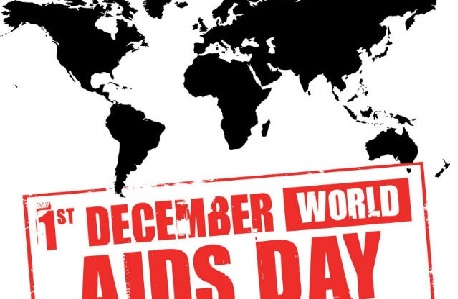 AIDS or the Acquired Immune Deficiency Syndrome is now considered a manageable disease and no longer a deadly condition according to recent scientific findings. AIDS which can result from an HIV (Human Immunodeficiency Virus) was considered fatal especially during its ascent in the 1980s. As progress in science and medicine continue to improve, the once deadly AIDS is now considered manageable and a chronic disease.

However, many of today’s experts are uneasy using the word cure. They say that the battle is far from over but somehow there is a glimmer of hope for everyone. For now, it is enough that the disease can be managed and controlled to some extent.

AIDS first appeared in the 1980s and the disease has since claimed the lives of more than 25 million people around the world. Today, 35 million individuals are infected with HIV/AIDS.

In a span of 30 years since its appearance, people are now understanding AIDS and approaching it with less fear. They know that AIDS cannot be transmitted from hugging or sitting next to a person but this can be transmitted through unprotected sex, infected mothers passing the disease to their babies by way of childbirth and by using contaminated needles.

A study published in the October issue of the New England Journal of Medicine, describes a baby born with HIV in Mississippi. The baby undergone extensive and aggressive medications and by age three the virus became inactive.

Doctors working at the Boston’s Brigham and Women’s Hospital also observed significant improvements in men with HIV. These men, eight months after receiving bone marrow transplants meant to treat Hodgkin’s lymphoma, the HIV were nowhere to be found in their bodies.

The advocacy group ONE, co-founded by U2 lead singer Bono, reported that from the 35 million people still infected with HIV/AIDS, 25 million of them can be found in the sub-Saharan Africa. Yet, the report added that there is a significant progress happening in several countries in Africa. Based on their findings, 16 countries have already reached a level where the total number of new HIV infections is significantly lower compared to the number of patients newly receiving AIDS treatments in a year. ONE says that this is the “beginning of the end of AIDS.”

Countries like Malawi, Zambia and Ghana are making significant progress in their fight to reduce HIV/AIDS infections. The report said that this can be credited to their governments, civil society groups and international donors working together in their fight against AIDS.

Dr. Louis Sloan, considered a pioneer in the fight against AIDS in the 1980s, said that what is happening today in terms of treating patients is already a milestone because doctors these days are now following a standard procedure. He says these doctors aside from following a set of medical standards are using gloves to prevent the disease’s transmission. Now, operating on an AIDS patient is already a routine, he continues.

Sloan likewise credits the discovery of an anti-viral drug called protease inhibitors in the 1990s. This drug contributed to the substantial reduction in death incidences due to HIV/AIDS.

To promote awareness against the dreaded AIDS disease, the World AIDS Day is observed every 1st of December. With these positive steps taken by the different sectors of society, the AIDS disease can indeed be managed and hopefully no longer classified as a deadly and fatal condition.

By: Roberto I. Belda