Almost Human: 5 Reasons to Avoid It 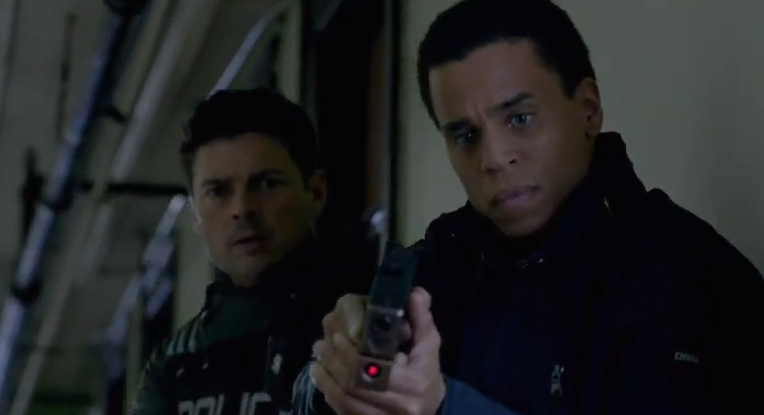 The brand new sci-fi/crime drama “Almost Human” that premiered tonight on Fox has many people questioning whether it’s going to be as much of a “hit” as the network is claiming. The show takes place 35 years into the future, where police officers in Los Angeles are now paired up with robots who look human instead of actual, living, breathing human beings.

It centers around a detective named Karl Urban, who absolutely hates robot cops but is still forcedly paired with an android that is apparently capable of human emotion. Hence the title: “Almost Human.” As exciting as it is to find out that yet another crime show is going to be taking up precious air-time, here are 5 reasons why everyone should find something else to do every Monday night at 8.

Robot with almost human emotions? How new and original. It’s going to take me a minute to think of at least five other Hollywood productions with the exact same theme going on–“Artificial Intelligence,” “I-Robot,” “Bladerunner,” “The Terminator” and even “Inspector Gadget.” There are only so many different things you can do with human-like piece of metal, and they’ve all been done before.

2. Too little for too much

As mentioned above, the theme “robot-who-can-feel” has been done over and over, and there’s very little room for expansion. Making it a regular show with an open-ended possibility for multiple seasons is giving “Almost Human” too much time and space to cover using too little amount of content that has any potential to “wow” any viewer who is familiar with mainstream pop culture. It would have been stretch turning it into a movie, let alone a television program.

An entire hour? Really? It’s bad enough that most hour-long dramas only have about twenty minutes worth of watchable content, but imagine how much pointless filler there will be in a show like this. In no way did tonight’s episode prove that claim wrong.

We live in a corporate world. There is no way on God’s green earth they’d keep so many humans around when they can have artificial and probably more advanced intelligence and labor for free? You might want to yell, “It’s just a show!” at me right here, but the magic of the motion picture is to give the viewer the illusion that this could be real, that this could happen. Are you telling me that the LAPD is would keep paying salaries they don’t have to pay? No one is buying that.

Mixing science fiction and crime is nothing new. Like I said multiple times before, it’s overdone, and if history is any indication, then mixing them again is a recipe for disaster. Science fiction and real-life crime don’t work. It isn’t the same as superheroes flying around and stopping bad guys. We’re talking about another “Replicant” situation, here. Anybody remember that complete failure of a movie from 2001, with the clone who teamed up with the cops to catch the original? Sci-fi + real-life crime = disaster.

There are just so many other television shows to waste your Monday night on. Almost Human in no way deserves the amount of brain cells that are going to die while you’re watching it.

Maybe, just maybe, 8 pm on Monday is a good time to read a book.

An Editorial by: Hend Salah