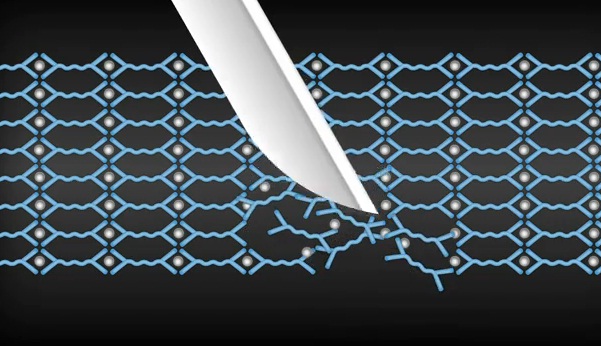 Lithium-ion batteries hold a lot of promise, but the silicon in them — which can hold a lot of energy — cracks over time. The development of a self-healing battery would go a long way to making many devices more efficient, and electric cars more competitive in comparison with gas-fueled ones.

A team headed by Stanford materials scientist Yi Cui decided to try to come up with a self-healing battery. Besides being made up of researchers from Stanford University, other team members are from the Department of Energy’s (DOE) SLAC National Accelerator Laboratory. They looked at examples of living beings, and wrote in a recently published research paper that self-healing “increases the lifetime of most living creatures.”

This same feature, the team concluded, “is highly desirable for rechargeable batteries” because the fractures that occur in the silicon negative electrodes, or anodes, of the batteries shortens their lifespan. The silicon used in them cracks the very first time lithium-ion batteries are used.

When the silicon anodes crack, according to Yi Cui, this means that “you lose electrical contact.” However, the self-healing polymers act to tie “the broken parts back together.”

How did Yi Cui and his research team create self-healing batteries?

To create a self-healing battery, Yi Cui and his research team worked in conjunction with another Stanford researcher, Professor Zhenan Bao, and decided to use a polymer coating to cover the silicon electrode. Chao Wang, who is also from Stanford University and co-authored the research paper with Yi, developed the self-healing polymer in Professor Zhenan Bao’s lab. This artificial skin is based on the same research being considered for “skin” on androids. Upon the batteries expanding, the weaker bonds of the polymers when compared to ordinary polymers break.

These broken bonds, unlike those of regular polymers, attract each other. When the silicon begins to shrink, the broken polymer bonds attract each other. The polymer re-forms, and takes its original shape. Like chemical zippers, the polymers heal cracks formed during the normal usage of the batteries.

The research team has, by using the self-healing polymer, increased the life of batteries they’ve experimented with so that they can last through 100 charge/discharge cycles.

Yi Cui and his research team are also experimenting with nanostructured forms of silicon. These use nanowires, which can hold up to the different size changes lithium-ion batteries go through when they’re used and recharged. One drawback to using this technology, though, is the cost of the material. The cost might eventually come down, but for now, using the self-healing polymers is the less expensive option.

Materials scientist Nancy Sottos of the University of Illinois at Champaign-Urbana has come up with another possible alternative: she mixes capsules of other sorts of healing materials in with the regular battery materials. An example is a bubble which bursts and then releases a sort of conductive metal. This conductive metal, when released, then heals a damaged battery’s electrical connections.

Cui and Bao are now working on ways to allow their self-healing battery, which has the potential to revolutionize technology, last even more cycles of being used and recharged. The study about these self-healing polymers which could improve the storage capacity and life of batteries has been published in the journal Nature Chemistry.