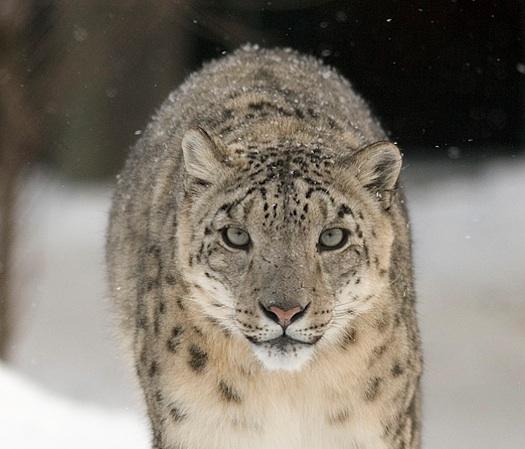 The oldest fossils of a big cat species have been discovered in Tibet, and suggest that big cats originated in central Asia, not Africa. The fossilized fragments of a skull have been compared to the skulls of modern-day snow leopards, though DNA evidence might eventually suggest otherwise. Though partially crushed, the big cat skull was practically complete.

The Latin name given to the newly-discovered big cat is Panthera blytheae. The fossil skull remains date from 4.1-5.95 million years ago, and it’s named after Blythe Haaga. She is the daughter of a wealthy philanthropic couple who supports the Natural History Museum of Los Angeles County, where the fossilized big cat skull will be on exhibit.

Both Chinese and US palaeontologists took part in discovering the fossilized big cat remains, and their research is in the Royal Society journal, Proceedings B  — you can read it below in full. 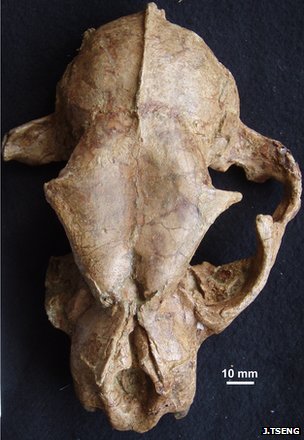 Dr. Jack Iseng, the lead author of the study, has theorized that the skull fragments belong to “a sister of living snow leopards.” To bolster this theory, he points out that the fossilized skull “has a broad forehead and a short face,” and the small size of it, he continued, is “the size of snow leopards.”

Iseng believes that the age of the big cat remains help back up a theory some biologists have “that big cats originated in Asia.”

What are the animals that make up the Pantherinae subfamily known as the “big cats”?

The Felinae subfamily, on the other hand, consists of lynxes, cougars, and today’s domestic cats. The two subfamilies likely diverged from each other over six million years ago.

The earliest previous fossil findings of big cats were dated at 3.6 million years old. These fossils were fragments of teeth, and they were discovered in Tanzania at the Laetoli site, first excavated in the 1970s by Mary Leakey.

The latest fossilized big cat skull fragments were unearthed in 2010 in Tibet’s Zanda Basin. It was found among approximately 100 other fossils, and was possibly deposited by an ancient river.

According to Dr. Manabu Sakamoto of the University of Bristol, the discovery of the fossilized big cat remains “fills a very wide gap in the fossil record.” He added that the finding “presents strong support for the Asian origin hypothesis for the big cats.”

If this theory that big cats originated in central Asia is true, the oldest big cats probably evolved into clouded and snow leopards and tigers, before then moving further south to Africa and having some of them then evolve into lions and jaguars.

Next summer, Dr. Tseng and the other researchers will return to the site in Tibet to search for further evidence of the origins of today’s big cats. The big cats, once thought to have originated and evolved first in Africa, now are believed to have actually originated in central Asia. Further discoveries of fossilized big cat remains will likely cement this theory firmly in place.