By Cherese Jackson on November 3, 20135 Comments 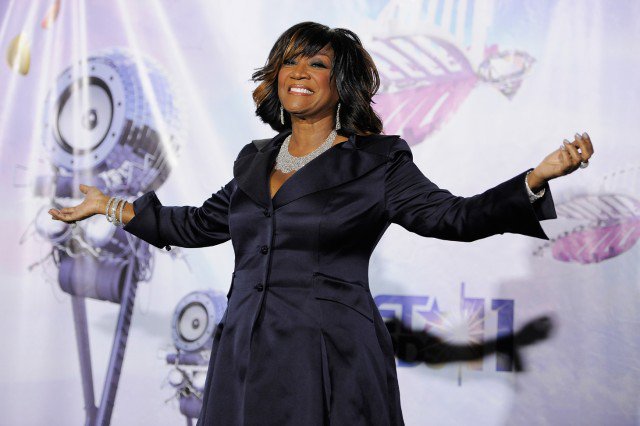 Black Girls Rock served up an encouraging message of girl power with elegance and grace Sunday night on Black Entertainment Television (BET). This year’s show was recorded at the New Jersey Performing Arts Center in Newark. Beverly Bond created Black Girls Rock in 2006 in hopes of promoting positive images of women of color.

The 2013 ceremony is the eighth production and the fourth to be broadcast on television. The show was again hosted by Regina Belle and Tracee Ellis Ross.

The show opened with the smooth vocals and jazzy moves of Janelle Monáe singing the title cut of her latest project, “Electric Lady.”

Jennifer Hudson was next to perform. She stunned the audience with her new pixie cut and powerful vocals that have always set her apart. She sang her new song, “Feeling Good.”

Ledisi was the next artist to hit the stage with a powerful presence and vocals that made everyone take notice. True to her R&B sound Ledisi was sure to hit some high notes as well as sprinkle a few scats here and there.

Amber Riley followed with crystal clear vocals that many have the chance to catch on the weekly series Glee. She started slow and mellow; then in a blink took the crowd by storm with an upbeat version of “I Am Woman.”

Kelly Rowland, the star that she is, made a grand entrance. She started singing in a back hall and perused through the crowd, stopping to take a seat while her special guest, Sevyn Streeter, sang. Then she appeared back on stage and sang a couple of bars before Eve, another special guest, spit a few bars. Rowland reappeared on stage with a cadence that was a definite crowd pleaser.

The highlight of the night was when the infamous Ms. Patti LaBelle graced the stage with “You Are My Friend.” It wasn’t long before she had those arms waving in the air as she belted out note after note. By the time she was on to the next song “What a Friend We Have in Jesus” Ms. Patti was already beaming like the angel she sounded like.

The crowd had no problem honoring Ms. Patti. Excitement instantly filled the auditorium as her voice began to ring out. Ms. LaBelle is no stranger to the stage, in fact, she’s a living legend. She owned the stage from the beginning to the end of her performance; which wasn’t long.

The final performer of the night was Alice Smith. Her name wasn’t immediately recognized by most of the audience but after her performance she surely won’t soon be forgotten. She took the stage with a confidence that exuded through each chord of her song and her charisma.

Intermingled with performances were a host of amazing women who were honored. Each year Beverly Bond and her team try to have a diverse set of women, from different sectors, representing different generations and careers. This year was no different.

Last but not least there was the special honoree of the night, the receiver of the Living Legend Award; Ms. Patti LaBelle. What can I say about Ms. LaBelle that hasn’t already been said over and over again? She’s a queen who reigns supreme; one with the heart of a servant. Ms. Patti is a trailblazer who makes power moves and fearless choices. She is a woman of elegance and character.

Bond said what they really try to do is ground these girls in the understanding of integrity, work ethic, high standards, discipline, and to be proud of their impact. She says it’s important to teach kids that they matter and their lives are important.

Bond made it clear; before the show went to television they have always had crossover appeal. She says there were a lot of people that helped her in the early years that weren’t black women. She’s had white women, white men, black men and of course, black women. This movement is really a women’s and youth empowerment movement.

They are a community activists’ movement designed to help people progress to the next level.

Black Girls Rock aired on BET Sunday, November 3 at 7 p.m EST. It is sure to air again this week; check your local listings to catch the rerun of this impactful show which celebrates the lives of “regular” people who work hard at making life better for others.