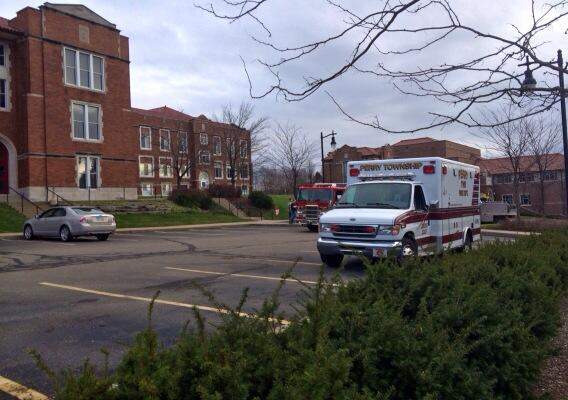 A bomb threat caused panic at Muskingum University this afternoon. The school had to be evacuated and will reopen on Friday morning.

Muskingum University is a four-year comprehensive college. This private university located in New Concord, Ohio; about sixty miles east of the Columbus.

According to Janice Tucker McCloud, Muskingum University’s Campus Communications Director, the school received a threat from an anonymous source saying that a bomb was located on their grounds. Campus police and sheriffs searched the campus in search of an explosive device.

According to the sheriff’s dispatcher, Muskingum County sheriff’s department was called to assist at about 1:00 pm on a report that “non-specific bomb threats” were received at the university.

McCloud said all staff, faculty and students were told to evacuate the campus. They also had the option of going to an off-campus site that would be designated.

The basketball games for the men and women’s teams were canceled and will be rescheduled at a later date.

A dog trained to sniff bombs and three deputies accompanied the Muskingum University police, fire units and the New Concord police department as they sifted through the New Concord campus which manages about 1,400 graduate and 1,700 undergrad students.

All the students on the roster received a text stating, “Effective immediately all students should evacuate the campus – immediately and not return until tomorrow morning. Muskingum U is closed.”

At that time arrangements were made to transfer all international students to a secure site off campus. The Orbit TV and WMCO Twitter accounts reported that students were taken to John Glenn High School.

At the request of the EMA the Muskingum Valley Red Cross was there to issue water and snacks to the evacuees.

School officials said that it has been over a year since they last received a bomb threat.

A bomb threat caused panic this afternoon at Muskingum University this afternoon causing all classes and events to be canceled for the rest of the day. The campus will reopen at 6:30 a.m. Friday, and classes will resume on a normal schedule.

Check back for further details.