Take Joy in the Journey 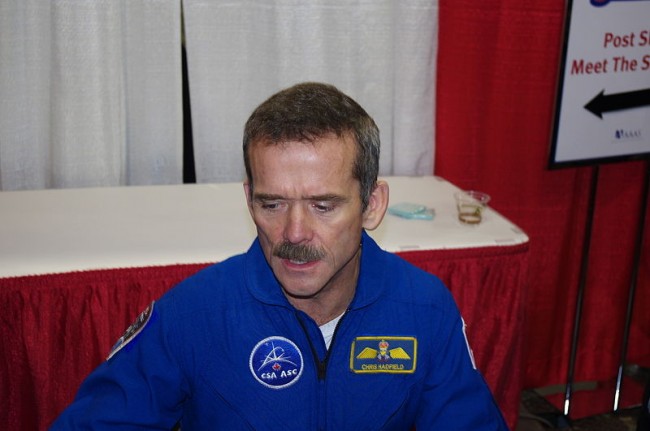 Chris Hadfield talks about loving his job. How many of us love our jobs? Not many. Astronaut Hadfield says it doesn’t have to be bleak for us. Learning to love your job means detaching your self-worth and purpose from the work that you do.

Hadfield’s new book An Astronaut’s Guide to Life on Earth, published Oct. 29, is full of life lessons and how to view your job as something you can enjoy every day, which would mean tossing conventional wisdom and adopting a different view about the work itself. For Hadfield, being an astronaut is not as glamorous as it sounds. People think being an astronaut is like being a stuntman, which is not true.

For one, like many other jobs, becoming a good astronaut like Hadfield requires performing repetitive tasks to perfection and helping prepare other astronauts for flight. It took Hadfield years before he was able to go into space.

In an interview with USA Today, Hadfield said, “Success is feeling good about the work you do through the long, unheralded journey that may or may not wind up at the launch pad.” This means accepting and enjoying all aspects of the job itself, and not just focusing on wanting to reach the pinnacle and thinking of the journey as an arduous one, as that would mean not living in the moment.

Hadfield calls his outlook “pessimistic,” but can you call him pessimistic when he played his own version of the David Bowie song “Space Oddity” in a music video while orbiting the Earth in spring 2012? He seems to have fun in space and he shares that joy in An Astronaut’s Guide to Life on Earth.

Even so, Hadfield became an astronaut knowing he may never be able to go out into space. Many astronauts never do, because it requires years of training. There are many factors that can prevent an astronaut from entering space: minor health problems, temperament, being a team player, or a certain lack of skills.

In an excerpt from his book, Hadfield says:

“Being forced to confront the prospect of failure head-on—to study it, dissect it, tease apart all its components and consequences—really works. After a few years of doing that pretty much daily, you’ve forged the strongest possible armor to defend against fear: hard-won competence.”

By the time he was nine years old, Hadfield knew he wanted to be an astronaut. At that tender age, he knew he was up against a major barrier: he was Canadian, and NASA only accepts American citizens as astronauts. But Hadfield had just watched Neil Armstrong land on the moon so if he could do it, why couldn’t Hadfield? He wasn’t going to let some measly little thing like citizenship stop him.

Hadfield acknowledges that people go through personal struggles but it really is about attitude. For him, the point of his career wasn’t just about becoming an astronaut—it was about the journey, and Hadfield reveled in all of it.

One Response to "Chris Hadfield Talks About Loving His Job"