By Lisa Pickering on November 4, 2013Comments Off on ECB Begins Check of the 17-Country Eurozone Banks 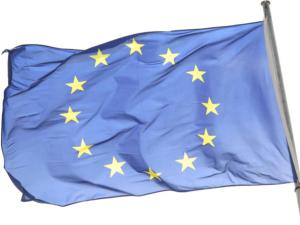 The ECB begins its check of the 17-country Eurozone banks to determine their strength.   ECB, European Central Bank, completes an annual process to review the health and stability of each country’s banking system, including the size of the banking sector, by assets, and the number of credit institutions.

The last check-up showed that since the economic crisis in 2008, when financial investment companies and other institutions went under or were bailed out by government programs,the amount of assets in ECB banks decreased by 12 percent.  The number of credit institutions likewise was reduced by 10 percent.

One of the ways that the ECB has attempted to stimulate the economy is by setting a low interest rate to free up capital and to allow businesses to borrow money for expansion or to improve manufacture and marketing of consumer products and services.   Rates have been at a record low .5 percent now for seven months.

The ECB rate decision is set to be released on Thursday Nov. 7, at 12:45 GMT.  Analysts are predicting that rates will stay close to .5 percent, and that the goal of the ECB is still to foster growth by supporting businesses with these loans.

The report noted that the banks’ holdings now include more debt securities, such as government bonds. It was necessary to acquire easily liquidated assets to meet new regulatory requirements, however, these bond  holdings strengthen a bank’s links to government finances.  As a result, Europe’s troubles with government debt began during the last world economic crisis. European Union officials are trying to find ways to minimize the link.

If the check on Eurozone banks shows that there are loans that are not being repaid or if the ECB can identify banks that need to strengthen their finances by raising more capital, then they can develop policies to improve the banks’ chances overall.

The ECB would like to avoid the pitfalls of having a bank look good on paper, but upon further audits show major faults. These faulty institutions tend to require a bail-out to continue in business.  Therefore, the ECB wants to encourage a frank look at the health and prosperity of each country’s bank by taking public banking data and reporting it each year.

“This report is an important step towards understanding the changes in the euro area banking sector at an aggregate level,” said Vítor Constâncio, Vice-President of the ECB. “It provides an important base for the work we are doing in preparation for becoming the euro area’s single supervisor.”

The report delineated that at the end of 2012, France and Germany were still the largest banking nations in Europe, with total asset values of $13.5 trillion and $13.5 trillion, respectively.  Also, there was a decline in the number of branches of banks across the Eurozone.

The ECB also reported that the Median Tier 1 capital ratio in the Euro area went from 8 percent in 2008 to 12.7 percent in 2012. The median Tier 1 capital ratio is the core measure of a bank’s financial strength from a regulator’s point of view.  The increase should be encouraging to the ECB, whose supervision of EU banks is focused on a bank’s strength and stability.

As the ECB begins its check of the 17-Country Eurozone’s Banks, it will be able to estimate what improvements are needed across the 17 countries’ banking systems.