GTA V #EpicPhotoBomb Results Are in! 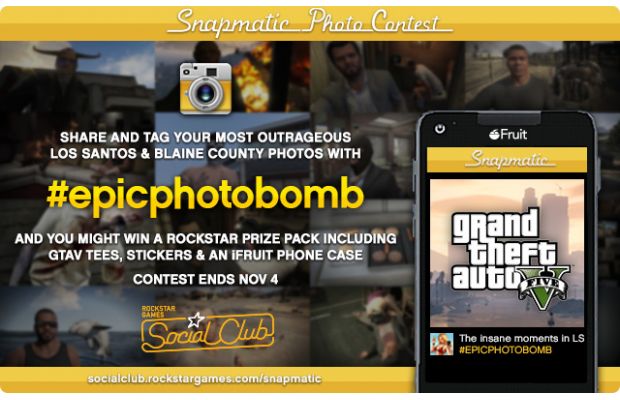 The GTA V #EpicPhotoBomb contest is over and the results are in! Back on November first Rockstar announced that they would be having their first Snapmatic contest, a contest in which gamers take original selfies while playing the new title GTA V and upload them with the hashtag #EpicPhotoBombs. Even before the contest had finished on November 4 a number of great shots had already made their way to the internet, below are a couple. 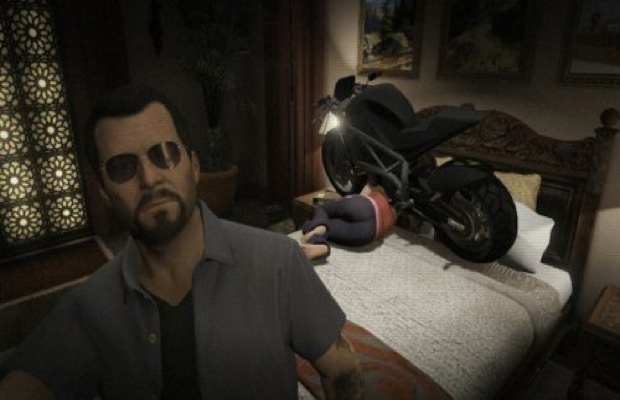 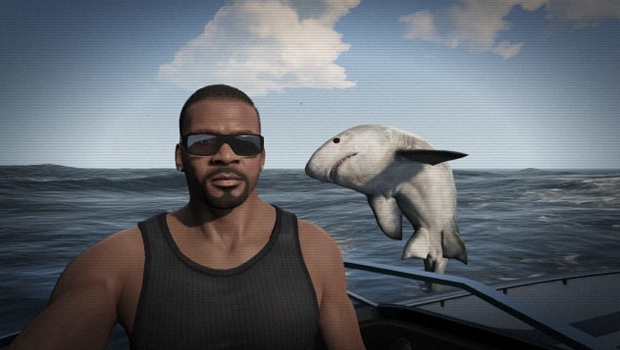 In the end five photographers were chosen as the winners and received a Grand Theft Auto V prize pack that included a cuddly toy version of Chop, Franklin’s dog along with a few other prizes. Rockstar has not announced when the next contest will be but the have said that they will be doing another one in the future.

In order to participate in future photo bomb competition or other photo-related contests players will have to log onto Rockstar’s Snapmatic site (which is the first source at the bottom of the article) and create a profile or log in using Facebook or Twitter.

As for the contest, here are the winners in no particular order. First is Ivinzi with a great shot that includes a motorcycle maniac soaring through the sky. 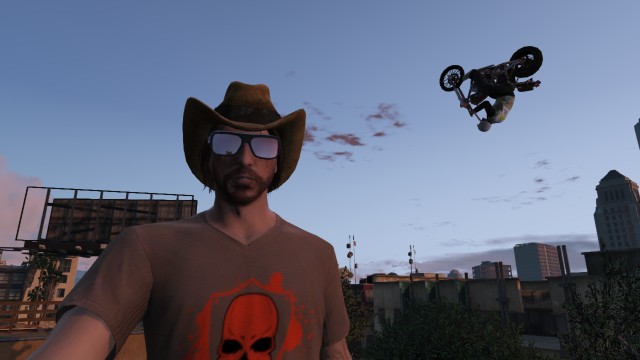 This next photobomb is more of a literal photobomb and comes from snapjaw420. 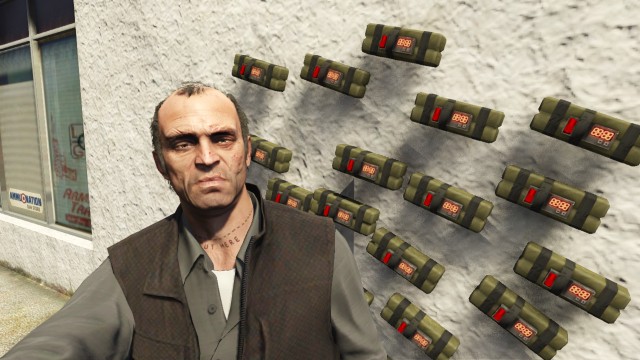 The photobomb that keeps on photobombing. Ophabyous sent in this photo that is being bombed by a person, a mannequin, and a wall painting all at the same time. 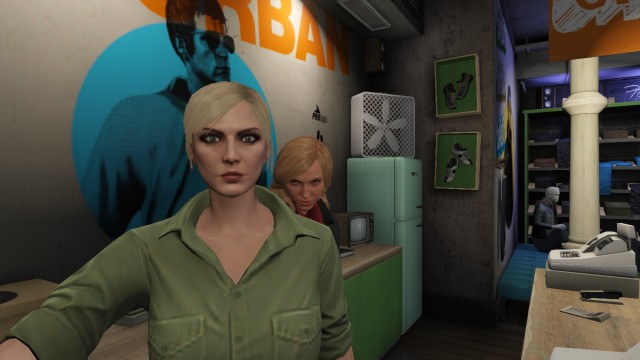 Lastly bigdog0925 gets freaky with a pretty decent body count of professional nappers behind him. 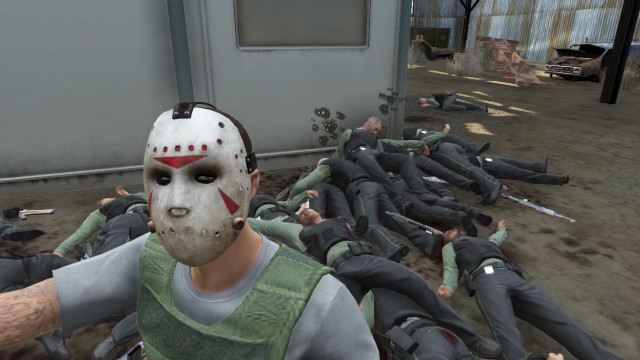 In the future Rockstar will be holding more contests photobomb contests as well as other unrelated contests. The world of GTA V is an expansive one, one that allows players to do all sorts of wacky and fun things. Seeing as Rockstar is making downloadable content it gives to players for free, they want to keep their gamers happy and still on GTA V, contests will also play into that. What kinds of contests will Rockstar have in the future? No one can say for sure but there are a lot of different possibilities. What contests would you like to see Rockstar hold?

The idea of having social contests is a strong one that can only be done if certain criteria are met. First is game distribution, do people have the game? Are people still playing the game? Will people want to participate in something so unrelated to the plot of the game? GTA V is currently one of the more suited for social contests although the PlayStation 4 and Xbox One represent a change in players as many will be busy with new consoles. Hopefully Rockstar has precise timing with their next event to get enough players to make the contest a success.

This marks the end of the first GTA V #EpicPhotoBomb contest. Congratulations to those selected winners as well as everyone who participated in the event. Hopefully the next contest will be longer. If the results of the contest are not to your liking you can tell Rockstar directly at their site but keep in mind that many factors are accountable here, such as lighting, timing, and of course creativity.