Holodomor: A Hunger Pain Not to Be Forgotten

By Fatema Biviji on November 24, 2013Comments Off on Holodomor: A Hunger Pain Not to Be Forgotten

This Saturday marked Holodomor Rememberance Day as Ukrainians all over the world gathered in memory of a famine that claimed the lives of several millions just 80 years ago. 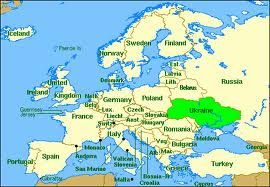 The Ukraine can be found in eastern Europe and shares a sizable eastern border with Russia. In the 10th and 11th century, the Ukraine was at the center of the most powerful state in Europe, Kyivan Rus. Eventually, the Ukraine came under Russian rule, gained a few years of independence when the Russian Empire collapsed, and then was reconquered by the Soviet Union by 1921.

The Soviets, during their rule, forced famine on the rebellious Ukrainians. It is said that Joseph Stalin wanted the peasant farming population to work the regime’s collective farms instead. From the cruel winter of 1932 until the spring of 1933, this famine came to be known as Holodomor which  means “death by hunger.”

During this time, Soviets would repossess more grains than the farmers could give them. When the villagers held out, Communist Party activists descended upon them to take away any morsel or scrap of edible food they could find.

As a result, millions of Ukrainians were left with no food. One survivor of Holodomor is Leonid Korownyk who is now 83 and lives in Edmonton, Canada. He recalls the famine was “like living through hell.”

“People ate whatever they could find … Last year’s decomposing carrots, potatoes, beets, there was a bit of grain and some other plants that they knew were edible, and they would put it all into a pot and boil it. Maybe catch a sparrow or a gopher or bird eggs from a nest — anything to survive to put into your stomach.”

Entire villages were swiped clean of their populations – as the death rate reached one third in some regions of the Ukraine. According to Yale University historian Timothy Snyder, the death toll was around 3.3 million. However, other sources – like the CIA’s World Factbook – puts the number closer to 8 million between this famine of 1932-33 and another Soviet-forced famine in 1921-22.

As the government had taken every step to ensure that Ukraine’s food-starved public could not leave the country nor any food come in, some call Holodomor a veiled “genocide.” However, the Russians say it’s unfair to make such a claim as other parts of the Soviet Union also suffered from famine during the same time period.

Oddly, Ukraine’s current leader, Viktor Yanukovych has seemingly aligned with the Russians in stating that it’s “incorrect and unjust” to label Holodomor as a genocide targeting a specific people.

Interesting to note, however, the Ukraine just voted to opt out of the European Union and fall back under the Kremlin’s control. Apparently, the Ukraine succumbed to Russian sanctions that are crippling their economy and “pushing Ukraine to the brink of a huge social crisis,” according to Ukrainian Prime Minister Mykola Azarov.

As the debate continues over whether this famine was a genocide or not, all can agree that Holodomor is a horrible tragedy of hunger that must not be forgotten.