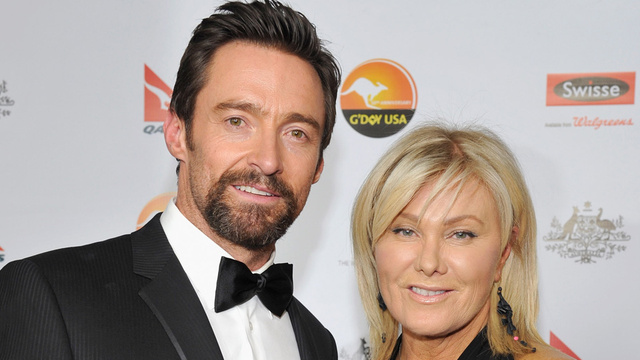 The actor Hugh Jackman might play a practically invincible super hero up on the big screen, but the film star from Australia had his memory jogged of his own real life mortality.

Jackman, who is age 45, ended up revealing to his followers on Instagram, which number over 230,000, that he was diagnosed with a type of skin cancer on his face.

He stated that his spouse, Deborra-Lee Furness, told him to have the mark on his nose checked by a physician; he posted on Thursday. He also put up a photograph that showed his nose all bandaged up. Jackman gives Furness all the credit for him finally getting the discoloration examined.

Hugh Jack explained how right his wife ended up being. He stated that he had been found to have the skin cancer basil cell carcinoma. He also told his Instagram fans to not be silly like he had been. He told them to go get checked if they had any suspicious looking places anywhere on their bodies and to make sure to be using sunscreen. He used the disclosure to also tell all his fans to look over their own bodies to see if they could possibly have the same condition.

Although Jackman’s representative did not release any other details, and had no new updates on his condition, it was obvious that the diagnosis must have come in the last couple of days. A photograph of the film star which had been taken behind the scenes at a production on Broadway of the play Big Fish back on the 13th of November plainly shows Hugh Jackman having a slight spot on the edge of his face.

Basal cell carcinoma is one of the most common forms of cancer of the skin. It very often manifests itself as a greasy sore or a waxy bump and is ascribed as being caused by having been exposed to radiation from the sun for a long time. Jackman also explained that basal cell carcinoma can appear as red or pale lumps on the skin. It is not considered to be one of the most dangerous forms of skin cancer to be diagnosed with.

Although it hardly ever spreads, and is usually never fatal, if it is left untreated, basal cell carcinoma may cause deformity, and scaring. It is one of the most prevalent forms of skin cancer and usually ends up being the cause of 90 percent of skin cancer in patients in America. The cancer rarely spreads, but if not removed can damage and disfigure surrounding tissue.

The Skin Cancer association has stated that it believes there are almost 3 million detection’s of basal cell carcinoma discovered in the United States each year.

After this occurred, Hugh Jackman explained that he had decided to vacation for the rest of 2013 from the film industry in order to have more quality time in New York with his family. He has filmed four different movies: The Wolverine, Prisoners, Les Miserables and X-Men: Days of Future Past, all back to back and he felt he needs a rest.

He is one of Hollywood’s top leading stars in action films. However, Hugh Jackman was in place to win an Oscar this past year for the role he played as in the film version of Les Miserables.