ISON Burns Bright but May Flame Out 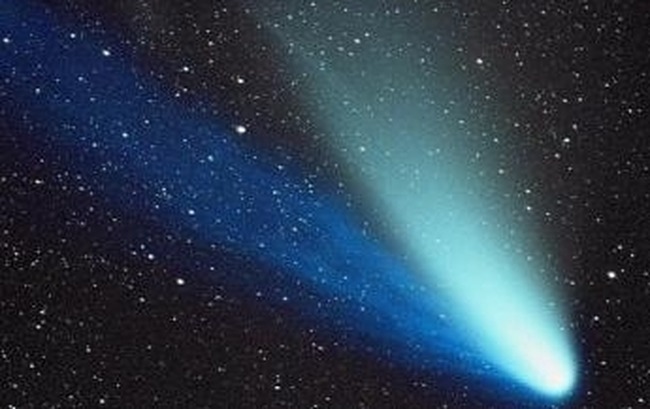 Since its discovery in September of 2012, Comet ISON has captured the attention of stargazers worldwide as it nears its debut upon Earth’s night sky. It is scheduled to pass near enough in December to be visible to the naked eye; yet, although the comet burns especially bright for now, there is evidence that it may flame out before it makes it appearance.

ISON is the nom de l’espace for the comet with the unwieldy official names C/2012 S1 or Comet Nevski-Novochonok. The acronym is derived from the International Scientific Optical Network through which it was discovered. The excitement that has surrounded ISON has been compared to the profiles of Hale-Bopp or Halley’s Comet because of the spectacular display it is anticipated to produce. The comet will pass approximately 2 million kilometers from Earth – not near enough to spark apocalyptic scenarios, but close enough to be enjoyed without the aid of a telescope.

A comet that orbits the Sun does so on an elliptical route. It uses solar gravity as a sling, passing close to the star before being flung back out into deep space as its inertia overcomes centripetal force. ISON is expected to reach perihelion – the point at which it is closest to the Sun – on November 28th. Although it is relatively close to the Earth even now, the brightness of the Sun and the comet’s position in relation to the Earth prevent night time viewing. ISON is predicted to be visible to the naked eye throughout December after it whips through its circuit and passes near the planet on its way back out of the solar system.

But all is not well in the kingdom of the gods. Astronomers in Spain and California independently observed yesterday that spectrograph readings of the comet’s hydrogen cyanide emissions flared before dwindling. This is significant because the measurement indicates the size and density of a comet’s nucleus – the ball of ice and gas that is attracted by the gravity of a heavenly body. A stable comet emits hydrogen cyanide at a relatively constant rate; the spike and drop in ISON’s numbers suggest that the nucleus may have become unstable and has begun to disintegrate.

This suspicion has been bolstered by observations that ISON has gotten dimmer rather than brighter as it approaches the Sun. Incoming comets experience some evaporation of the ice trapped in the nucleus, causing a seeming increase in size as the water vapor brilliantly reflects sunlight. Dimmer comets mean less water vapor means less or no ice in the nucleus means unstable comet.

This does not mean that ISON is doomed as of yet. The above observations were made by earthbound astronomers that are limited by the planet’s atmosphere. NASA’s STEREO-A spacecraft has been tasked with monitoring the comet’s progress from its vantage point on the other side of the Sun and has reported encouraging news just this morning. According to its unobstructed view, ISON appears to be doing just fine; STEREO-A transmitted images and video showing a sizable and intact nucleus that seems healthy, if a bit less bright than expected. Karl Battams, of the Naval Research Laboratory, spoke on behalf of NASA’s confusion this evening by labeling ISON’s progress as “a dynamic situation”.

Amateur and professional astronomers are crossing their fingers that ISON holds together long enough to burn bright in Earth’s night sky. Troubling signs have appeared that it may flame out before its scheduled appearance, but all is not yet lost. NASA is working around the clock in deference to the world’s attention, and updates are expected to flow in every few hours as the deadline nears. Stay tuned.

4 Responses to "ISON Burns Bright but May Flame Out"