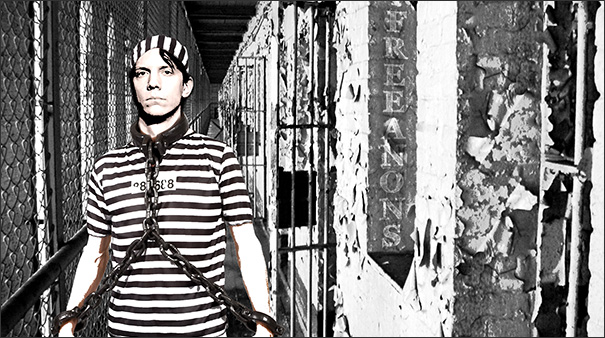 Jeremy Hammond, a hacktivist (hacker that uses his abilities to institute social change), has been sentenced to 10 years in a federal prison for hacking into an intelligence contractor that goes by the name of Stratfor.  He is claiming that he was entrapped by the government, because they provided information to facilitate the hacks in the first place.  Sabu, who is well known as a snitch associated with Anonymous but was actually the leader of Lulz Sec who did not live by the convictions or credos of Anonymous, apparently provided information to hackers regarding vulnerabilities of not only intelligence contractors but also official government websites of foreign countries including, but not limited to, Brazil, Turkey, and Iran.  Obviously Jeremy, and any other hacker provided with the same information, did not know that Sabu was an informant for the government at the time.  Due to Jeremy’s participation in events resulting from this information his life is now being hacked by the government, all while he thought he was doing something to protect private intelligence and what he thought was participating in a good cause.

It appears that the FBI in an effort to conduct rogue intelligence was using the talents and abilities of some of the world’s most prolific hackers in order to gain a strategic advantage in both foreign politics and military competency.  After they received what they wanted, they threw the hackers to the wolves in an attempt to absolve themselves of any wrongdoing whatsoever.  Although this is nothing new in the world of computer espionage, or espionage in the world at large, it is still an indication of how hollow the promise of freedom is within the United States.

Jeremy Hammond is not a criminal attempting to achieve wealth and power through his exceptional computer abilities.  He is someone who fights to protect the basic rights that the government threatens to take away each and every day.  As he entered a guilty plea in this case, he was stripped of any possibility of seeing certain documents and chat logs that would undoubtedly incriminate the FBI far beyond the censored level of material they are allowing to be seen.  It leaves many in wonderment as to what the actual purpose of the FBI is at all anymore, if not to protect the freedoms of individual citizens.  The FBI originally got its footing as an anti-communist policing squad, and now for some time they have been employing the same tactics as dictators in both communist and fascist regimes.

Jeremy Hammond was denied bail, not allowed visitors in the Manhattan Correctional Center where he was being housed waiting for trial.  His family was not even allowed to visit him.  This all a result of something that the FBI set in motion in the first place, not something that the hacktivists decided to do out of thin air.  The fact that this is not being defined as a prime example and admission of entrapment and unlawful imprisonment sets a new standard for what the United States government is willing to lie about even when they are caught red handed.  That is truly frightening for citizens depending on them to protect their interests on a global level, when they are perfectly comfortable treating their own citizens and allies like lower forms of existence.