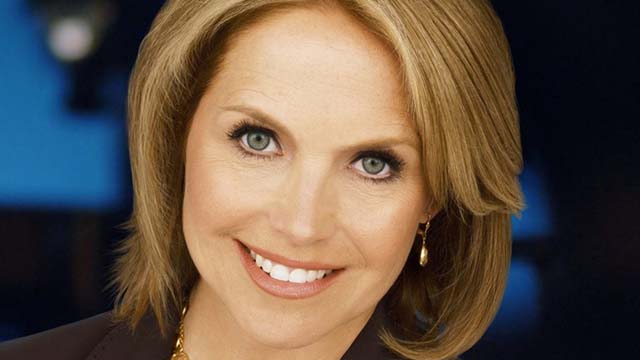 Katie Couric wants to go to the Internet.

According to unnamed sources, Katie Couric will be leaving ABC for Yahoo. The veteran news anchor, who has a deal with ABC for her talk show, will leave to become the global news anchor for the website. The deal is set to be announced Monday.

Yahoo CEO Marissa Mayer reportedly courted the anchor into leaving. Yahoo is an online business partner with ABC News, so there isn’t any fighting over Couric. The negotiations have been ongoing for months, because ABC has the rights to anything digital Couric wants to partake in. ABC is owned by Disney.

According to Deadline, an ABC executive who knew about the situation said that the move was a great one for Couric and the partnership with Yahoo will continue on. In fact, Couric has parts of her talk show broadcasted on Yahoo already. It is called Katie’s Take and it features highlights from the day’s airing on Yahoo News.

While information about the exact date of her new show isn’t known, Katie Couric will be interviewing high-profile celebrities and business executives. The content will appear on Yahoo’s front page. Mayer has been working on getting more traffic to the site since she became the search engine’s CEO and President.

This could be a good move for Couric. When she signed her three-year deal with ABC, it was for her to do special programming for ABC News and head up her own talk show Katie. The news portion of the contract does not seem to be fulfilled, as insiders said that Couric didn’t contribute any news stories to the network. As for her show, Katie is in its second season, with rumors that it is getting cancelled. There have been executive changes and its format has moved from being serious in the first season to fun in the second, lacking any sort of direction. There were also rumors Couric would replace Barbara Walters when she leaves The View at the end of the season, but those turned out to be nothing but whispers. Similar, to the one rumor where Couric was going to follow her old boss, Jeff Zucker, to CNN.

If this works out for Yahoo, this would be a huge score for Mayer. She has worked on changing how people view Yahoo by grabbing up the popular meme-sharing site, Tumblr for $1 billion dollars. In October, it was announced that Yahoo had surpassed Google in number of American visitors for the third straight month. The hope is that with Couric on board as a big name personality, Mayer can continue to build on its female fan base, while Couric would cross-promote other female-oriented ventures on Yahoo. If it doesn’t work, it could unfortunately be a big loss that Yahoo takes. They will be paying Couric millions of dollars and considering they are third in money generated from ad revenue, Yahoo wouldn’t want to mess it up.

Katie Couric is a well-known journalist, and this new medium would be a welcome change. It could change the game in how news is presented, and if the internet is the way to go. With Katie Couric leaving ABC for Yahoo, this will definitely be watched closely.