The latest news from the world of cricket 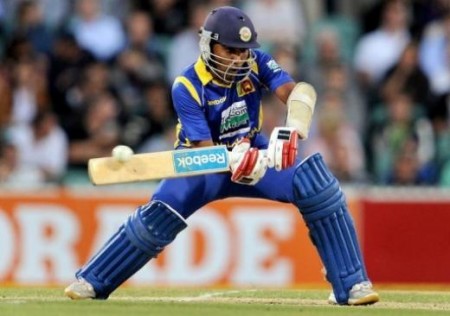 This article gives update on the latest happenings in the world of cricket. At the moment there are two home series being played and the third one has just wrapped up.

The home series that just finished was between Pakistan and South Africa. After the terrorist attack on the Sri Lankan cricket team in Lahore, no team in the world is ready to come and play in Pakistan, so the Pakistan home series is being hosted in the United Arab Emirates, specifically in Sharjah and Abu Dhabi. In the recently concluded home series, Pakistan cricket team started on a winning note, but after that lone Test win it was a down hill slide for the hosts. Pakistan drew the two match Test series 1-1, lost the One day International and T20 series. The Proteas, the name by which the South African cricket team is referred to the world over, is the number one Test playing nation, according to the International Cricket Council (ICC) rankings.

Across the border, the reverse seems to be transpiring as the host India is comprehensively leading the Test match series 2-0 against the West Indies. India won the second Test match with an innings and 126 runs. It was the 200th outing for the legendary batsman Sachin Tendulkar. This win was especially memorable for the fact that Tendulkar played his last Test match on his home ground, the Winkhede Cricket Stadium in Mumbai. It is to be noted that Tendulkar has been awarded the Bharat Ratna, the highest civilian honor that the state of India grants its citizen for meritorious services rendered in his/her field of expertise.

The third team from the subcontinent that is faring well is Sri Lanka.  Sri Lanka is hosting the New Zealand cricket side popularly referred to as the Black Caps because of their all-black One Day International kit. Sri Lanka beat the New Zealand side comprehensively in the first Test match; and, by the way both teams are performing on the pitch, it appears that Sri Lanka will win the present series easily.

Now a little update about the Ashes series, a traditional, and arguably the most prestigious, Test series that is played annually between England and Australia. England presently holds the trophy; and, judging by the form of both sides, England, the number three Test side, according to the ICC’s ranking, is most probably going to retain the Ashes trophy this time round, as well.

What is effecting the performance of two of the most enigmatic cricket playing teams Pakistan and West Indies has a lot to do with their corrupt and poorly managed domestic cricket set up. There is an abundance of talent in both these teams; but, what is hampering their performance on the field is not a difficult question to answer. The cricket boards of both these countries are corrupt to the hilt. The corrupt officials running the cricketing affairs have their favorites and this nepotism is a major factor in hampering the new talent from making its way into the national Test cricket teams. Another major factor effecting the performance of both these cricket teams is that the boards governing the cricket affairs of both Pakistan and the West Indies are highly politicized.

With the ICC T20 World Cup 2014, to be played in Bangladesh, just around the corner, some drastic steps have to be taken if  both these cricket teams are to leave a mark on the illustrious event.

Cricket World For U