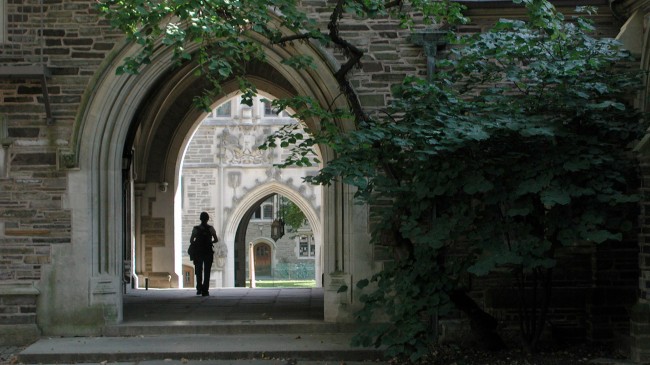 The recent meningitis outbreak is starting to explode and students across the country are feeling the pressure. At a time of year when most students are already stressed out about upcoming finals and holiday arrangements, they now have something else to worry about that is bigger than all the others. Will meningitis reach their campus, and if it already has, will they be safe from the deadly disease? Meningitis has been reported on a fourth college campus in America and has hospitalized three more, one of whom is listed as being severely sick.

Now that a third student at UC Santa Barbara has been confirmed to have the disease, panic is beginning to set in on campus. One student at USCB tweeted “This meningitis thing is getting real.” Another student took to social media to express her concern over the number of UC Santa Barbara students recently hospitalized, tweeting, “I am [expletive] scared.”

But not all responses from students were simply expressions of concern and fright. Some students have been expressing their concern that their fellow classmates are not taking this outbreak serious enough. Students should be critical of their peers because meningitis can spread quickly from person to person and therefore could be brought into contact with your body due to the recklessness of another.

A student at Princeton tweeted that, “With this whole meningitis thing maybe people at Princeton will actually talk to each other before making out.” If it sounds funny, it is not anymore because meningitis can be spread by kissing and New Jersey has already seen another campus confirm a case of this disease. The confirmed case is at Monmouth University which is located in West Long Branch, NJ. The person infected is a school employee who is apparently in very serious condition as reported by Monmouth University president Dr. Paul R. Brown.

Another student from UC Santa Barbara tweeted that, “Everyone’s freaking about meningitis but everyone’s still sharing cups like it’s no big deal are you dumb do you want to catch it?”

Now there has also been a fourth campus to report a case of bacterial meningitis, Georgia Tech. Officials at the school have confirmed that they have one student currently hospitalized, but added that she is the only student on campus and that they do not anticipate and outbreak like the one that occurred on Princeton’s campus.

As meningitis is not currently a problem at any other facilities across the country it is worth asking the question, why on a college campus? The immediate answer is the close proximity of thousands of students and staff, as well as, the residence halls where hundreds of students live in the same building together. In shared living spaces students participate in many daily functions that can spread a disease, such as eating and drinking as well as being in close proximity to other students’ clothing.

But there are many other examples of places where people live close together. So what is so much different about a college campus? Given the recent outbreak of this deadly disease across the country and in four different universities it seems like it may be time for health officials to investigate why campus life is so susceptible.

One thing is for sure, the students of these universities no longer feel entirely safe and are scared for their safety as the reports of meningitis continue to spread.