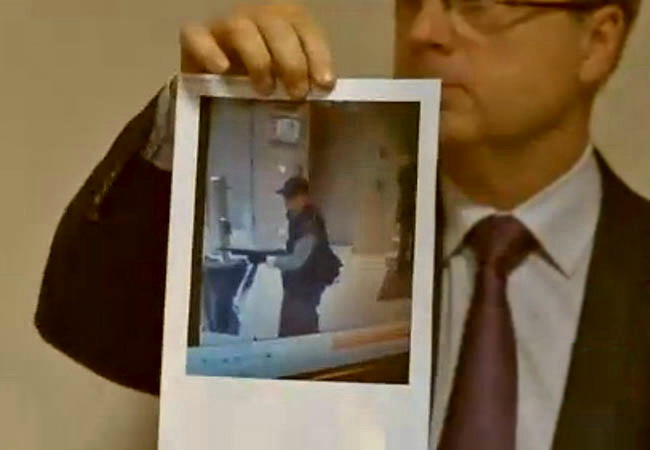 In the wake of the recent shootings at the left wing Paris newspaper Libération and a major bank in the center of the city on Monday, authorities have launched a huge manhunt and continue with their efforts to track down the lone gunman responsible.

As reported on Las Vegas Guardian Express, a 27-year-old photographer was badly injured in the stomach and chest in the attack on the left wing French daily newspaper Libération on Monday.  He had been visiting the offices to work on a photo shoot for Next Magazine.

Three days before the shooting, there was a similar incident at BFM-TV’s offices in Paris, where an assailant entered the building and threatened staff and journalists with a weapon before fleeing the scene.  There were no injuries in that incident.

Around 90 minutes after the attack on the left-wing newspaper, a gunman fired shots outside the Societe Generale bank which is located in the La Défense district in Paris.

While no one was injured in that attack, a man called police shortly afterwards to report that he had been taken hostage by a gunman in Puteaux, a small town near La Défense.

The driver told the police that the gunman forced him to drive to the center of the city.  After this, a helicopter was seen flying over Avenue des Champs-Elysees in an attempt to track down the man.

The shooter continues to remain at large and is armed with a pump-action shotgun.

According to interior minister, Manuel Valls, the shooter represents a real danger, adding that everything possible is being done to capture the assailant.

Valls told reporters outside the offices of Libération:

“As long as this person is still on the loose and we do not know the motives, this represents a threat.  We must move fast.”

He further said that besides the major manhunt, police officers had been dispatched to monitor and secure all major media organizations in Paris.  Many security guards employed in the buildings are now wearing bullet-proof vests as a precautionary measure in case the lone gunman should arrive on the scene.

Concern was also expressed by French President Francois Hollande, who is currently on an official visit to Israel and the Palestinian occupied territories.  Hollande made the rather ominous statement that he “could still kill tomorrow or at any time” and that “all means” would be deployed to arrest the suspect.

The gunman has been described by witnesses as being a man aged between 35 and 45, with graying hair, “of European type” with a height of between 1.70 and 1.80 meters, wearing a green jacket covered by a bullet-proof vest and a black cap.  If he hasn’t shaved, he would be sporting a two or three day beard.

Meanwhile the 27-year-old photographer who was shot in the chest and stomach at Libération’s offices is still in hospital and is fighting for his life.

While the motive for the attacks and the choice of targets by the lone Paris gunman, continue to remain unclear, according to police, the major manhunt will carry on until he is taken into custody.