By Anne Sewell on November 19, 2013Comments Off on Philippines to Receive $500 Million Loan From World Bank 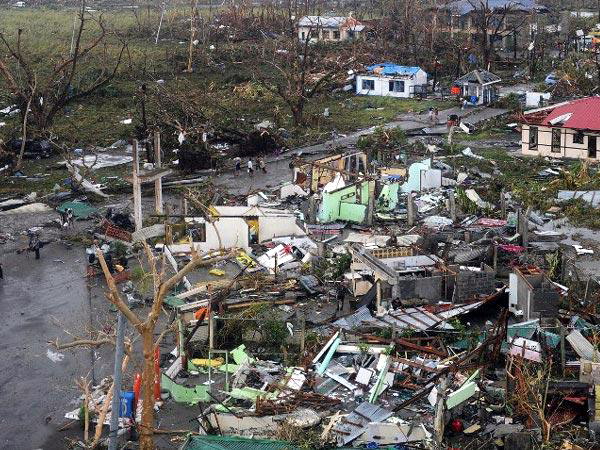 To aid in rebuilding areas destroyed by typhoon Haiyan, the World Bank is about to mobilize a $500 million loan to the Philippines and the country will receive some serious and much needed help.

The Philippines requested the emergency loan, which is still to be finalized, from the World Bank.   The country is so badly devastated from typhoon Haiyan (or Yolanda, as it is called locally) which hit on November 8, the additional support is urgently needed for rebuilding in badly hit areas.

The World Bank Group President, Jim Yong Kim, said in a press release that they had seen the courageous efforts by the people to try and get back on their feet, in the aftermath of the typhoon.  He said that the World Bank is committed to supporting the Filipino government in its recovery efforts and to strength the country’s resilience against  such extreme weather events.

The group is further ready to provide extra support through the conditional cash transfer program, which currently gives funds to poor families.

Global disaster experts are to be deployed and a technical team will be visiting the Philippines to assist the government in assessing the damage caused by the typhoon.  Once the information is compiled, a comprehensive reconstruction plan can be put into place.

Axel van Trosenburg, World Bank Vice President for East Asia Pacific, said that a long-term construction plan is needed in the Philippines.  He said that lessons learned from their work in Haiti, Aceh and other regions could be helpful to the Philippines.  The World Bank is obtaining remote sensing images for use in assessing and geo-mapping activities to determine the cost of the disaster.

Technical assistance will also be provided to design disaster resistant homes, hospitals, schools and public areas in order to stand up to powerful storms such as Haiyan in the future.

Motoo Konishi, Country Director for World Bank Philippines, said in a statement that the government is determined to ensure that future homes, roads and other buildings are constructed with more resilience, in a country which is subject to an increasing number of severe weather events.

On top of the $500 million loan to be offered by the World Bank to the Philippines, the International Finance Corporation (IFC), World Bank Group’s private sector arm, is working with financial institutions and client banks in the affected areas.  They wish to ensure that private sector banks receive advisory services in order to aid local businesses, from small to medium, in recovering from the disaster.

Jesse Ang, resident representative of the IFC, told the media that they are in discussion with various international banks, microfinance institutions and rural banks in order to set up specific programs to help the private sector recover from typhoon Haiyan.

It is more than a week since the typhoon raged through the Philippines and there are still problems with accessing electricity and clean running water in many areas.  Receiving this $500 million loan from the World Bank can only be of great assistance towards rebuilding.