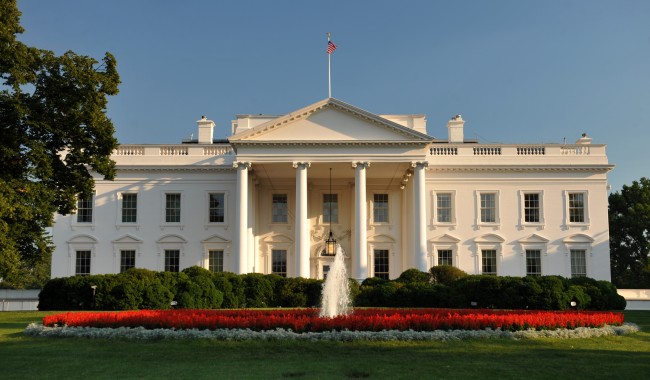 As 2013 slowly rolls to a close, millions of Americans are already closing their eyes thinking of one serious agenda of many in under two short years; the presidential candidates will be in full effect. From robocalls to spooky looking literature, the hungry candidates will be seeking a popular vote. This brought back memories regarding some of the most entertaining, curious and interesting individuals who had tried to nab the presidential nomination and/or win. Here are the top 10 recent candidates of interest of after personal reflection.

Jimmy McMillan brought a real deal feel to the presidential candidates list presented. Sadly, McMillan was not invited to the presidential debate for voters to get an idea on his views and stances. McMillan did provide the video below advising while he presents his created party of Rent Is Too Damn High, he does run as a Republican. The “good ole boy” network, states McMillan is the same, regardless of who the country elects. Unless, it’s McMillan.

One of the best presidential candidates to step into the 2012 spotlight was Vermin Supreme. While Giuliani was flanked with bodyguards and Dennis Kucinich came roaring in on a massive, luxury bus – Vermin Supreme walks the streets and interacts. Many may find his methods unorthodox, but he has a way of explaining interesting items of concern…for some. At the end, he gives props to fellow candidate McCain for having some refreshments.

Oh Terry, quite contrary. Listed as one of the interesting or maybe oddly curious presidential candidates, Jones run on a platform of well – even this writer is not exact sure. He did start a mission 9/11/2012 and labeled it International Burn a Koran Day from 6 p.m. to 9 p.m. Oddly, that didn’t work as well as Jones expected and he earned the disgust from many Americans who wanted no part of his radical and ridiculous ramblings.

While McKinney was called a strange bird as far as presidential candidates go, she had a deep passion for her country. In addition, McKinney had served six terms in the House – as a Democrat and as the first African-American woman to present the state of Georgia in the position. In 2008, she wanted to make a change and accepted the Green Party presidential nomination. McKinney long accused former President George W. Bush of being tied into the attacks of 9/11. McKinney’s own father, State Representative Billy McKinney had claimed that “Jews have bought everybody.”

Alexander called himself a civil rights activist and had a message he wanted to share. Sadly for the hopeful candidate, it seemed very few were interested. He did have  common a goal with current President Obama, he wanted a socialized medical system for all Americans to receive healthcare. As a labeled Socialist, Alexander aimed for for non-citizens to have the same rights as Americans. Below is a video of his stance on healthcare, agree?

Dr. Stevens is the founder of the Objectivist party for those confused by the new platform on the block. The philosophy promoting this party is the Objectivism theory in Ayn Rand’s infamous book, Atlas Shrugged. Dr. Stevens liked to the quote lyrics from Les Miserables to boost his platform’s morale.To understand the concept of this party platform, see below.

Formerly affiliated with the Green Party, Nader is an author and environmentalist. He is about supporting a democratic government body. Nader was blamed for the loss of Democratic candidate Gore. 38 percent of Nader’s supporters stated they would had voted for Gore and that was a difference of losing the presidency to Bush. Nader fought claims he tried to the spoil the election and was simply aiming for 5 percent of the popular vote.

Paul is not new to running for president. While the oldest presidential candidate in the 2012 race ran under the Republican ticket, he gained critical acclaim from a dedicated platform of Libertarian voters. Paul fought against his own party and declared several times networks shunned his responses and stopped inviting him altogether to debates. With an eye for civil liberties and his infamous motto “end the fed,” Paul was provocative and caused an uproar on the campaign path.

Goode was a voter’s dream for those who wanted someone to place an end to illegal immigration. Goode spoke up against granting amnesty to current immigrants in the country, causing a scattering of upset voters. Goode has always been outspoken and did win voters on the aspect of health insurance, tort reform. The third parties held their own debate that streamed online and caught the eyes of thousands across the country.

Johnson is one of those guys one sees at the party and just know he’s kind of smooth and cool. Well, at least this writer does! Gary Johnson won his party’s nomination in the 2012 election and while the largest third party candidate did not win – he did prove something. The third parties are here to stay and they are rising in numbers. Ohio is looking to remove the aspect of third parties registering on the ballot for selection during a presidential election. Johnson was the former governor of New Mexico and was known as fiscally conservative and socially liberal. Best of both worlds or not? Let his video help one decide.

Hopefully, this top 10 list featuring entertaining, curious and interesting presidential candidates brought  a laugh, smile or maybe even an eye-roll. It shows one thing for certain; any American can put their mind to becoming the next American president. Get started campaigning today – 2016 will be here before anyone expects.