Remembrance in 2013: Armistice Day – We Will Remember Them

By Kate Henderson on November 7, 20134 Comments

Remembrance 99 years after the end of World War I 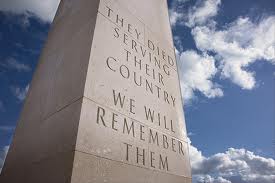 As November 11 approaches, towns and cities all over Europe and America prepare to commemorate those who have served or given the ultimate sacrifice in war.  Known as Armistice Day, Remembrance Day and Veterans Day, November 11th signifies the moment World War I was symbolically declared to be over, at the 11th hour of the 11th day of the 11th month, November 1918.  The day of remembrance has now come to represent and honor all those who have served for their countries in the armed forces.

All over the world, people will gather in silence, the bugle will sound the haunting notes of The Last Post and these solemn words will be intoned:

They shall grow not old, as we that are left grow old:

Age shall not weary them, nor the years condemn.

At the going down of the sun and in the morning,

We will remember them.

Wreaths will be laid, and each in their own personal way who attends or witnesses a ceremony will pay their respects to the fallen. 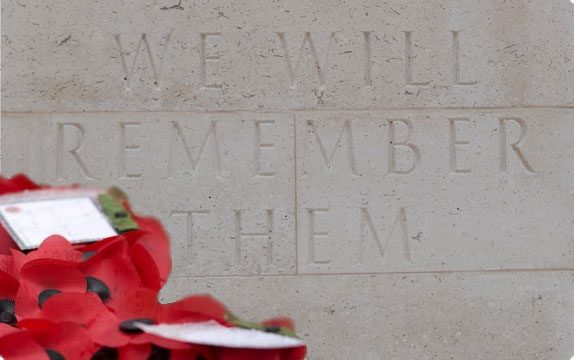 Meanwhile, the debate will continue amongst academics, cultural commentators and historians as to the very nature and meaning of remembrance.

In a talk at Somerset House in London, Dr Sam Edwards, lecturer in American Studies at Manchester Metropolitan University, put forward a case that static stone memorials should be modernized into a digital forum. He says that new ideas “should be embraced” in order to “speak to the mores of contemporary society.” And to “recast the prism through which these sacrifices are refracted.”

Harry Patch, who passed away in 2009, was the last of the British soldiers, the “Tommy’s” who had seen action in WWI.   He was the last living link. With plans for a four year commemoration beginning on the 100th anniversary next year, the time is right, Edwards argues, to look back at that era “with fresh eyes and new ideas.” Our traditions and rituals of remembrance need to be complicated.  This is, in part “to reclaim the forgotten and to restore the neglected” to their rightful places in the process.

“Living memorials” as Edwards envisages, will be harnessed through the virtual world, and will assist in understanding the legacy of war’s consequences.  The internet could facilitate a “fluidity of image and idea” by opening up channels for engagement and promoting connection.

Sam Edwards was inspired to enter into the academic study of memorials after a boyhood spent cycling in the East Anglian English countryside. Here he would often visit the deserted airfields of the Mighty Eighth, the American air base at Flixton, one of 70 sites in the UK occupied by the US allies.  He found the memorials in that area to be “poignant and moving.”  Especially in so far as “no longer would the aftermath of war just produce monuments to the great and the good,” now every name was chiseled in stone for all time.  For those with no name, the Tomb of the Unknown Warrior and the War Graves Commission worked to create a lasting recognition. 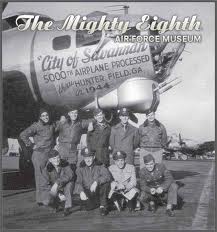 He now feels that in placing the remembrance of war “at the very centre of our national culture” we are overlooking other aspects of the past.  We may be forgetting the victims along with the victors, the civilians along with the soldiers, and the women along with the men. His message is “connect and complicate” and not “celebrate, petrify and simplify.”

Edwards is not the only one to be asking why we are asked to remember, and what exactly it is we are remembering.  He feels it has become akin to “rote learning” an activity we partake in because we are told to.  He bases his comments on the two world wars of the last century. However, the ongoing conflicts and many wars of the years since 1945 are also a major focus of the rituals of remembrance ceremonies.

In Britain, a paper red poppy is worn pinned to the lapel as a sign of remembrance. These poppies are made by the Royal British Legion, and have become an annually debated political and cultural issue.  Jon Snow, a respected broadcast journalist, refused to wear one in 2010 and coined the phrase “poppy fascism.”   The poppy was chosen after the blood-soaked fields of Flanders became ablaze with them in the aftermath of the slaughter there, and immortalized in a John McCrae poem. They can only grow in broken ground. 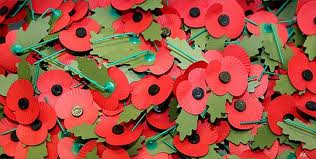 Prince William joined in the row the next year when he voiced the opinion that the England football team be allowed to wear poppies on their kit. 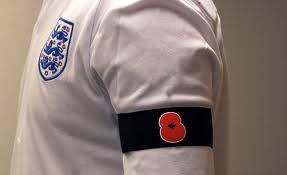 Another journalist has been rebuked this year for her statement that she was not comfortable wearing a poppy. Gemma Doyle,the Shadow Defence Minister, responded to Madeleine Fry, who wrote that the true meaning “often seems to get forgotten as Remembrance Sunday becomes a celebration of jingoism and militarism.”  Fry  also wrote,”the victims of British aggression in wars past and present are rarely mentioned.” Doyle said this was the worst way to express any objection to British foreign policy.

It has become established that anybody appearing on television or in the Houses of Parliament in the weeks and days leading up to Remembrance Sunday will wear a poppy.  So-called “Poppy Fascism” was also debated on BBC Radio 4’s program The Moral Maze.

Once again, the question was posed. What is it we are being asked to remember? Is it patriotic pride or meaningless slaughter? Is it all soldiers, then and now? And if it is “forced down our throats” does it lose all value?

Ben Griffin, a former SAS soldier who refused to return to his deployment in Iraq spoke passionately. As he sees it, there is not much remembrance going on. The glorification of war, with diamante encrusted poppies and pop songs, brings on an unrealistic razzmatazz, and a sugar coated version of all wars. He has founded an organization Veterans for Peace in opposition to what he sees a version of all war being presented disingenuously.

Helen Hill of the Royal British Legion said wearing the poppy had become steeped in British culture, in all faiths and all ages, and also represented those of non-British descent who fought alongside. “We don’t tell people who or what to remember,” she insisted. As a universally recognised symbol the poppy is both non political and non religious.

In answer to the question as to what it actually symbolized, whether great victory, blood and gore and battlefields, or contemporary wars; she replied that it was the sacrifice of all soldiers, whether last week, last year or a hundred years ago.  It was also a beacon of hope for a brighter future.

Eminent author, Michael Morpugo, who has written at length on the two world wars, most notably with War Horse, now a successful stage play; said he grew up in the post war wreckage of WWII. He felt in commemoration there is too much focus on the poppy and less on the stories. In his works of art he writes on the pity and horror of war. He hopes that the legacy of the tremendous losses will be the lesson to never engage in large scale conflict ever again. 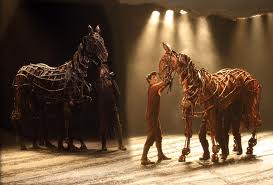 Professor Sir Hew Strachan, Historian, concluded on this program that it could never be an either/or answer on whether war could ever be for a noble cause, or always be futile. Any one sided interpretation will always miss something out. Controversy, he said “was at the heart of any war.”

It seems there is a real challenge with remembrance. It is both personal and public. Patriotism sits uneasily with many.  How we revision the past has a relativism that cannot help but see it through the eyes of the present. Evidence in the Imperial War Museum, in diaries and letters, shows many were in support of WWI at the time. A million turned out for Haig’s funeral in 1918. The panellists on The Moral Maze concur that we look back and put our own stamp on events.

How we commemorate and how we choose to remember continues to be a heated and controversial topic.  “Living memorials”, reassessments of history and fictional representations may all play their part in the continuous reappraisal, connecting the dead of the past to the living of the future. As Jon Snow noted, they fought and died for our right to choose to wear the poppy or not. Whatever new formats emerge; We will remember them.

4 Responses to "Remembrance in 2013: Armistice Day – We Will Remember Them"