‘Selfie’ Endorsed by the Oxford Dictionary

By Iftikhar Tariq Khanzada on November 19, 2013Comments Off on ‘Selfie’ Endorsed by the Oxford Dictionary

Selfie, a social media inspired word finds its way into the Oxford dictionary 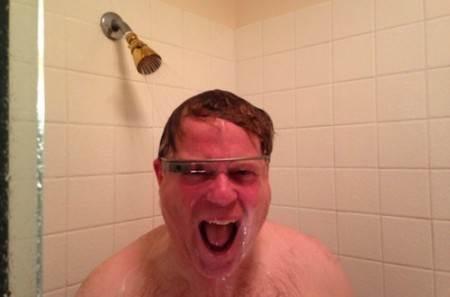 Selfie is the newly coined word that has been endorsed by the Oxford dictionary. The word is no longer slang now but is legitimized by the English-speaking world, especially the academia. The other words that were recently coined and are under consideration whether to be included in the dictionaries are twerk and Binge-watch.

Twerk has been made popular by Miley Cyrus. Her provocative sexual dance on the stage with Thicke at MTV’s award and more recently with a dwarf at MTV awards ceremony held in Amsterdam. Binge-watch on the other hand was inspired by the fans of the popular television series Breaking Bad who went on a spree to watch a number of episodes of the series one after the other.

As of yet both twerk and binge-watch have not been included into the new edition of the Oxford dictionary and the experts are still debating their inclusion, but selfie has made it for good and from now on will be cited in academic works, as well.

Selfie was first time used by a drunk Australian, who after a fall and sustaining a minor injury shared his photo online,”And sorry about the focus,”the tipsy Australian wrote, “it was a selfie.” The meaning ascribed to the word selfie is a self-portrait photograph, especially a photo taken by a smart phone and then posted online. Initially, it was a social media buzzword.

Other variations of the word in use on the social media like Twitter, Facebook and Google Plus are, drelfie (a drunk photograph); helfie (photograph of one’s hair) and belfie (a photo of the behind). This word has been made famous by celebrities like Kim Kardashian, posting her almost nude post delivery selfie on the famous site Instagram.

The importance and the impact of the social media has gained worldwide in a very short span of time. The popularity of the social media platforms  can be gauged by the fact that each day newly coined words in English language are being introduced from all over the world by the interaction of millions of native  and non-native speakers of the English. This is also true that only a few of these new words are able to earn wide-spread acceptance, especially acceptance by the linguists and by the academia. Another factor that is taken into consideration that the new coined word has to undergo the most important and a rigorous test of time and continued usage by the public to earn a place in the English language.

Some newly coined words and phrases are popular for a specific period of time and then they are forgotten or are not used anymore. Selfie, is one of those few words that have endured the test of time and its usage in writing and speech is on the rise, hence it has found a place in the Oxford dictionary. Which by the way implies that the other established dictionaries will soon include the word selfie in their new editions , as well.