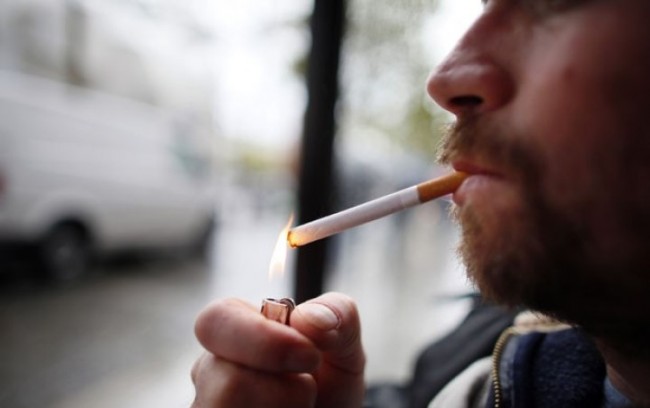 Smoking cigarettes is in the media more than ever in a sea of controversy as per usual. A myriad of campaigns are arising leading the American people to determine whether smoking is their right or a privilege, revocable at any given time. Smoking indoors has been banned almost entirely already, but where does someone draw the line when it comes to the great outdoors?

For the first time in American history the National Institute for Health and Care Excellence (NICE) has issued a report with guide lines regarding smoking for both patients as well as hospital staff. The effects of “passive smoking” are hardly news to any one, either participant or not. But it has certainly come into play within the debate. Assuming that the intent for someone being in a hospital is to cure what is ailing them, then it would be logical that all toxic and harmful substances should be removed.

With this logic in mind, NICE has mandated just that. All hospitals are requested to remove any smoking shelters, staff are not to smoke on hospital grounds and it is advised that visitors do the same. Additionally, nurses are no longer permitted to assist patients that wish to go outside in order to smoke.

However, to a smoker, the logic is not quite so simple. It is certainly arguable that within a confined space such as an enclosed room, the impact on those within proximity can be quite severe. But once the free flowing air of the outdoors is concerned, the discussion becomes more focussed on the visual influences to others as well as the personal impact itself.

Smoking is without doubt considered to be an addiction that has deeply emotional responses for people. Many smokers would consider it a “stress-reliever” or a way “calm down”. In hospitals, it wouldn’t come as a surprise to anyone to find that the people with in those walls are under a lot of stress. Either from attending to the sick and ailing or from being impacted by illness itself.

By taking away cigarettes from people in such circumstances, the reactions could easily be quite severe. Forcing nursing staff (now especially on edge potentially from symptoms of withdrawal) to be unable to assist patients in a forum such as this could create tension within a relationship that needs to consists of trust and good-will. An ironic sentiment considering the philosophy behind removing the cigarettes is one built on good intentions.

Theoretically, since no sooner is it legal to choose euthanasia for yourself through pill or injection form, arguably a hospital allowing patients to continue smoking (proven to be strongly correlated with lung cancer) would follow under similar jurisdiction. However, because of the longer-term of the impact, high-cholesterol foods and refined sugars should also be banned from hospital as well in order to remain consistent.

At what point, are people no longer responsible for making their own decisions about their health? Once you are admitted into a hospital or have accepted employment, do you official resign your rights and freedoms to what legal substances you consume? As a right or a privilege smoking remains an intrinsic part of society despite the various medical implications, however with any luck, the choice to refrain is hopefully becoming easier for people to make.

One Response to "Smoking Privilege or Right?"