South Africa Can Learn from History of Germany 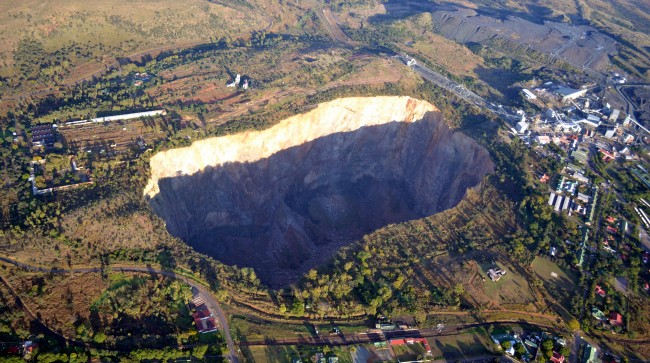 Today South Africa is at a disadvantage because of its high crime rates, escalating poverty and racial conflict. What can South Africa learn from the history of Germany? Is there a solution that can make a difference to a country so tied into the shackles of apartheid?

We cannot compare all the history of both countries. Both countries have different histories and yet both have been plagued by problems of racial hatred. Yet Germany has succeeded in overcoming the racial hatred for the Jewish race and has moved away from the terrible history of its deadly genocide practices.

In South Africa, and after 20 years of democracy, the majority of its citizens still blames apartheid for their pathetic lives and refuse to let go of the past. Instead, they clutch to the word ‘apartheid’ like a lifeline, waiting to be compensated for the injustices they suffered.

Apartheid ended 20 years ago, and after two decades, it is still an extensively used term with no sign of disappearing . Are the people of this country conditioned into believing that apartheid is the cause of their misery?

World War II ended in 1945, and with the end of the war, the massacre of the Jewish people also ended. How did Germany succeed in building a prosperous country and defeating the painful history of their actions? Although Germany did not have the distinct cultures as South Africa does, it has still moved away from a horrible past.

Today, Germany is a global market leader, has a strong economic system, with established policies and ethics in place. The infrastructure, education and medical systems work. The citizens live in a country that controls crime and corruption. What lessons can South Africa learn from the ways that Germany managed to overcome its history?

Germany dealt with its past; the government of that time was determined to overcome the issues of war and move forward and restore their vast country. Hard work, integrity and focus on a future has provided a safe environment for its citizens . Germany compensated the Jewish families who survived the destruction, and they made amends. Germany has succeeded because of sheer hard work and determination.

South Africa will not succeed simply because there is no substance, no direction and no control. The current government has not overcome its past, and this has spiraled down to its citizens. The people still live in the past, and are allowing the country to deteriorate into a jungle again.

The South African government needs to focus and lead the nation in a democratic way. There must be respectable, strong work ethics from the top leaders, and this must be enforced throughout the land.

Honesty, sheer hard work, determination and focus are the key to rebuilding a democratic South Africa. The government and citizens must take responsibility for their actions and move forward with a renewed vigor of developing this country into a first world one.

Apartheid is not the enemy of South Africans, their history started way before the implementation of that bad system. The people need to overcome their issues and move forward in confidence. The government of South Africa must learn from Germany and stop their corruption and govern this country in a way that allows the country to escape its history instead of staying trapped within it.

2 Responses to "South Africa Can Learn from History of Germany"