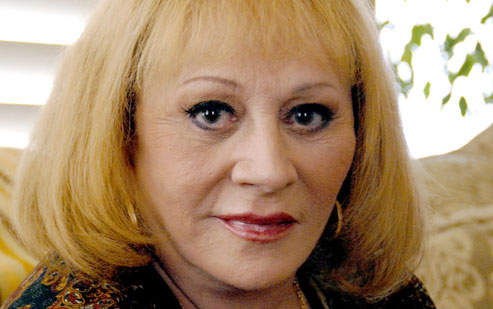 Psychic Sylvia Browne died Wednesday, may she rest in peace. She was 77 and left behind a legacy of books, guest appearances on TV shows, and a sentiment much like that of a special auntie dying. Her family and friends surrounded Browne in her final hours. Browne died at Good Samaritan Hospital in San Jose, California, at 7:10 am. Cause of death remains undisclosed.

Browne was a best-selling author who published some 50 books, mostly about the supernatural world, and dreams and angels. From the age of three, Browne professed to have a unique ability to predict the future. Many of her clients agree that Browne indeed knew things they themselves never told her.

Browne offered private consultations over the phone, supposedly for a fee of $850 for a half hour. She also lent herself to open forum predictions when appearing as guest on Larry King Live, and Jay Leno. The celebrity psychic was a regular guest on the Montel Williams Show for many years. Unsolved Mysteries also consulted Browne a few times.

Browne as well was a radio personality with a slot on the new age Hay House Radio. New Spirit Radio Show archives audio clips of Browne discussing her books that can be accessed on her website. The self-described psychic and medium was also a businesswoman with two companies:  Sylvia Browne Enterprises and Sylvia Browne Corporation. She also founded the Nirvana Foundation for Psychic Research.

Of her psychic ability, Browne told Larry King, “I don’t know how I do it. I’ve done it all my life.”

Browne was well known for assisting in missing persons cases, but also criticized for giving predictions that later proved wrong. In the case Amanda Berry, the Cleveland kidnapping victim whom Ariel Castro held prisoner for 10 years,  Browne advised Berry’s mother that Amanda was dead.  Amanda’s mother passed away without ever knowing that Amanda was actually alive, which fueled anger among the skeptics and critics of Browne.

Though Browne now may rest in peace, the psychic did not always have peace. According to San Jose Mercury News, in 1992 Browne, who was married at the time to Kenzil Dalzell, along with him, was, indicted on several charges of grand theft and investment fraud. The Santa Clara County Superior Court had found that Browne and Dalzell sold securities under false pretenses. Allegedly, they received $20,000 from a couple who thought they were investing in a gold-mining venture but instead the money went to Browne’s Nirvana Foundation for Psychic Research. Supposedly, on the securities fraud, Browne plead no contest to a grand larceny charge on May 26, 1992. Browne and Dalzell each got a year probation and Browne had to serve 200 hours of community service.

According to her website, a central theme in Browne’s philosophy was certainty in the existence of reincarnation. Browne never imposed her beliefs upon anybody, however. Her motto was “Take with you what you want and leave the rest behind.”  On that note, Sylvia Browne, rest in peace.